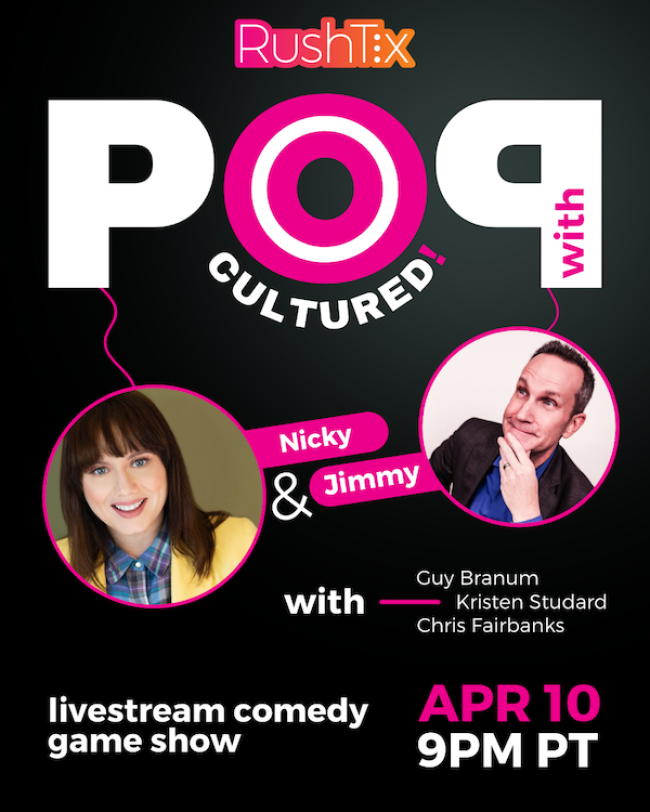 LA’s premiere comedy game show, POP CULTURED (formerly known as Setflix), returns to the digital stage Saturday, April 10th on RushTix.com. The movie-theme game show invites three comedians to compete in a variety of improvised comedy games to be the ultimate POP CULTURED CHAMP. Your host for the evening will be Nicky Urban (America’s Got Talent), of the sketch group Femmebot, and the competitors will be judged by the always hilarious JIMMY PARDO. Your judge has appeared on shows like The Tonight Show, Conan, The Late Late Show and his own half hour special on Comedy Central. You also might remember his from the critically acclaimed Science Channel show “Race To Escape” (which I continue to dream about), as well as the esteemed weekly podcast Never Not Funny. The events contestants are returning champs:

This should be one heck of an event!