Video Licks: Start Off Your Weekend with ‘The Half Hour’ ft. Joe Zimmerman & Kurt Braunohler 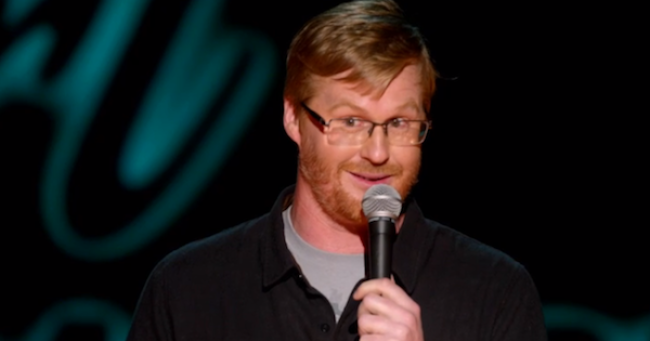 Who needs to go out for comedy when you can sit back and enjoy a solid Half Hour of the best standup this country has to offer. Tonight two comedians near and dear to our little blood pumpers light up the stage. You may recognize Joe Zimmerman from his appearances on John Oliver’s New York Stand-Up Show and The Late Late Show with Craig Ferguson. Check out this clip of Mr. Zimmerman describing his encounter with an eye-less God.

Also tonight on The Half Hour, the accomplished comedian Kurt Braunohler will be brandishing his quirky and highly enthusiastic brand of humor. He’s been on shows like IFC’s BUNK, Fox’s Bob’s Burgers and Adult Swim’s Delocated. He also hosts a little show in LA called Hot Tub with Kurt & Kristen at The Virgil. Watch Braunohler spill the key to eradicating the dreaded TSA imaging machine.

Mentions: Watch The Half Hour Fridays 12a/11c on Comedy Central.