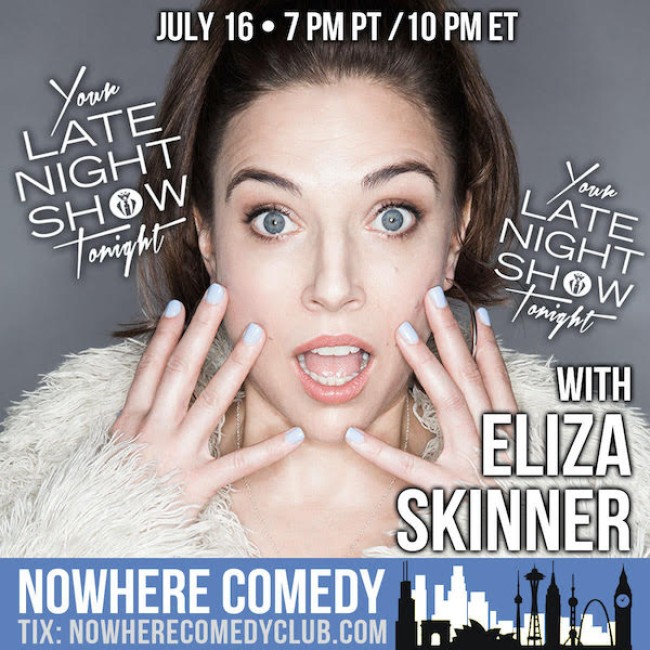 Ready to see your favorite comics and celebs host their own completely new and original talk show in their very own voice and POV? Good, because THIS Friday, July 16th LA based comedian, writer and musician ELIZA SKINNER takes over YOUR LATE NIGHT SHOW TONIGHT on Nowhere Comedy Club. So does Skinner have what it takes to pull off this unique spectacle? Why, of course! She is the co-EP, head writer, and voice of the Roaster Toaster on Earth to Ned on Disney+. She was head writer for John Legend’s Legendary Christmas Special and Drop The Mic on TBS. She’s been staff writer and performer on CBS’s Late Late Show with James Corden, TruTV’s Adam Ruins Everything, and Chris Rock’s Totally Biased w/ W Kamau Bell, AND she was nominated for an Emmy for her work on The Film Independent Spirit Awards in 2019. I could go on, but you GET IT! Skinner’s guest this month will include fellow comedians:

What a lineup and what a time you will have! Show detail below.