Video Licks: Watch One of the Last Interviews with The Late ED ASNER Brought to You by Podcast “Dystopia Tonight with John Poveromo” 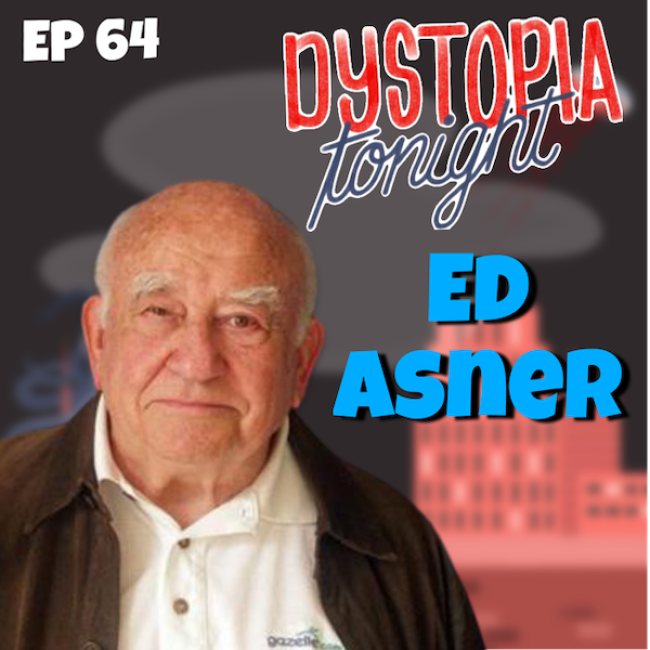 The Dystopia Tonight with John Poveromo podcast was the product of a pandemic we all, unfortunately, were affected by. It’s mission? “To give people a light-hearted break from the absurdity of the world around them by showcasing artists, comedians, musicians, and actors from all across the entertainment field and getting them to open up about what exactly they’ve been doing during this bizarre time.” Comedian Poveromo queries podcast guests about their life, career, and general well-being in this new state of existence we’ve all been very rudely dropped into. Recently, a standout of the comedy and acting world left this third rock from the sun, ED ASNER. His IMDB credits read like a grand novel of brilliance, and includes comedy roles ranging from the voice of Carl Fredricksen in the animated film UP to the beloved Lou Grant on The Mary Tyler Moore Show.

It turns out the host of Dystopia Tonight may have been one of the last people to interview the late, great Asner when the Emmy Award winning actor recently appeared as a guest on the podcast. The interview really catches the playful spirit of the actor, former president of the Screen Actors Guild, and father. Regarding the episodes, host John Poveromo states,

I had the great fortune of having Ed Asner on my show in early July. It was an absolute honor to have him on and get to speak with him for over an hour about his life, his charity poker games, comic books, his voice over work, his role as Santa on ELF, his activism and how Chicago makes you a rebel, and as always any advice he’d give to his younger self if he could go back in time. I got to speak to him over the phone several times before and after his appearance on Dystopia, and as you’ll see here he was honest, sharp, funny, and curmudgeonly playful every step of the way. The interview has been edited down to 25 minutes due to some audio and Wifi problems on his end since he was in the mountains at the time. I’m forever grateful for getting to spend some time talking to one of the greatest Hollywood legends of our time.

Watch and listen to a master making the most of our dystopic world. Enjoy!