Quick Dish: Shark Week Just Got Even Better with RISE UP! Comedy TUESDAY 8/5 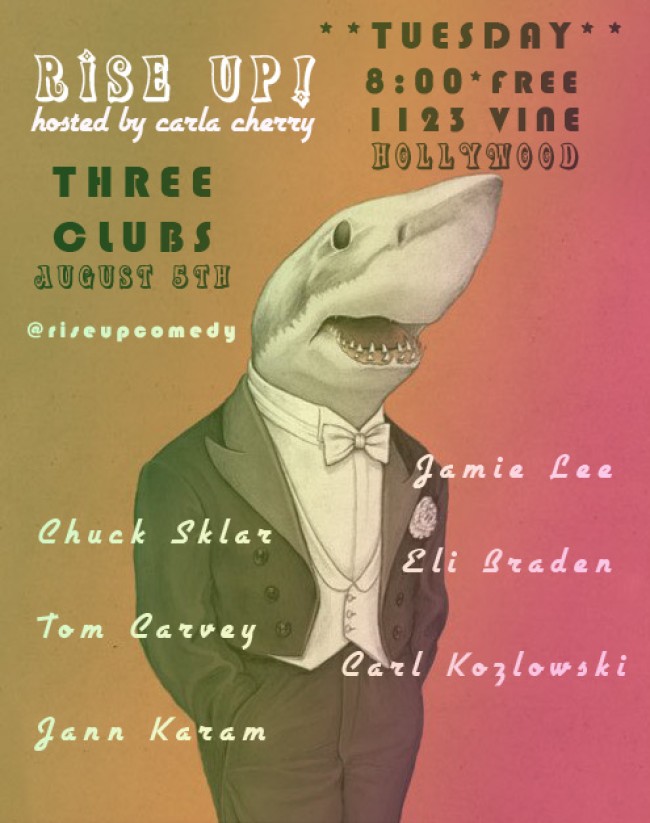 Hey, you’re already excited for SHARK (and Shart) WEEK. Well, it’s time to completely blow your little mind out of the water with some Rise UP! comedy. Tomorrow night at Three Clubs these comedy predators will be looking to entertain the life’s blood out of you:

You won’t even realize you’ve been bit until your spilling over with laughter. Support live comedy if you dare!