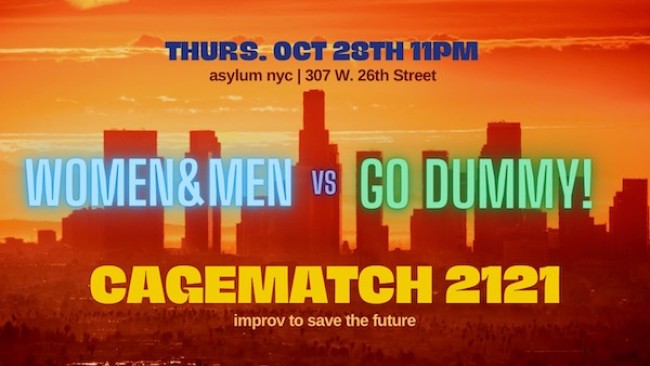 As brutally funny as Manny Pacquiao doing a Scottish accent, CAGEMATCH 2121 will bring on the improv match of a lifetime at Asylum NYC. It is the year 2121 and the world government has outlawed the ONLY weapon powerful enough to defeat the tyranny: Long-Form Improv. The Rebellion will host a tournament to determine the only perfect improv that can help defeat the overlords. In the most democratic way possible, the vote of the people will determine the winner between two improv teams brought from the year 2021 in 2121. Yes, its WOMEN & MEN vs GO DUMMY, in the ultimate match-up! Save the world with your vote and be FREE October 28th!