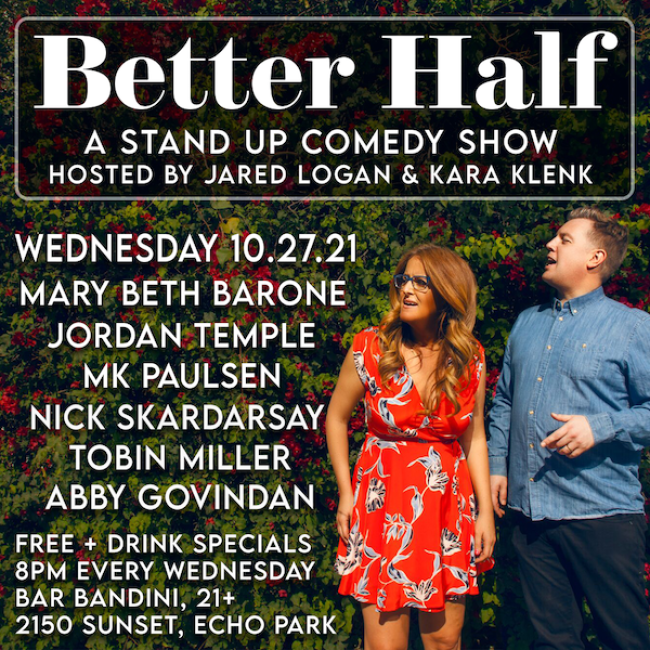 It’s official! The “Supercharge” storm has hit Los Angeles, and brought with it some honest to goodness water. This is one wet desert alright! Something far less surprising, but just as entertaining, is the fact that you will be treated to a brand new installment of BETTER HALF COMEDY THIS Wednesday, October 27th at Bar Bandini. Join comedy power duo Jared Logan and Kara Klenk as they bring you the most addictive spice in the universe, stand-up comedy! The lineup will include performances by:

Now continue about your business trying to come up with an original Halloween costume.