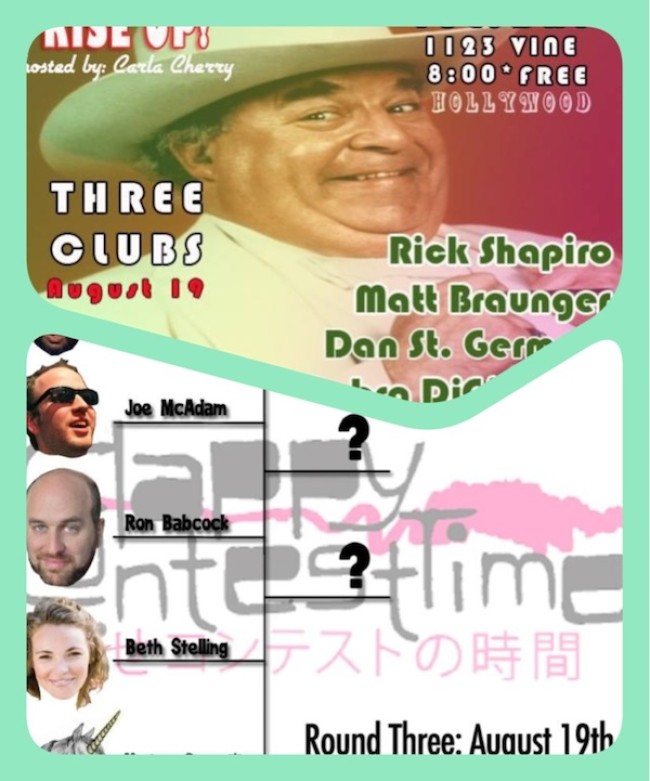 Two MUST SEE comedy events are happening Tuesday evening, August 19, at the fabulous Three Clubs. First on your list will be the show that offers you the freshest comedy around, Rise Up! This week host Carla Cherry will be illuminating the crowd along with this super fab lineup: Following this cast of epic comedians you will be find yourself a part of the third round of Happy Contest Time‘s Tournament of Champions. The competition will be brutal but stay strong. You can be confident in the fact that great laughs will be had by all. Also, Japanese school girl judges rock! Join host Deborah Etta Robinson and these fine contestants for a night of magic:

Come out and support live comedy!