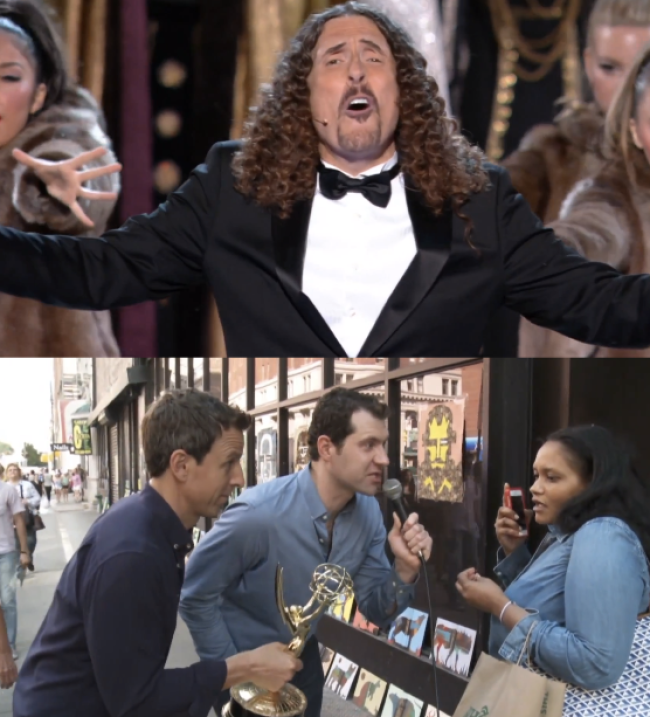 First off, we must give a shout out to all the comedy winners at last night’s 66th Annual Primetime Emmy Awards:

This event was probably one of the first times I was genuinely entertained by an awards show, mostly because some of my past and present comedy heroes were involved.  Weird Al Yankovic, who is clearly winning at life,  was invited to perform a musical parody of TV theme songs which featured Andy Samberg as Joffrey Baratheon and GoT writer George RR Martin. Check it out:

Keep writing Georgie! My second favorite moment was the Billy on the Street Emmy fever segment with host Seth Meyers and Billy Eichner on the street of NYC. Are there really folks who can’t recognize an Emmy award. Who knew?

Here’s hoping Billy Eichner is now a household name! We sure hope folks took notice of Seth because he needs to come back next year to host the Emmys. Fingers crossed!