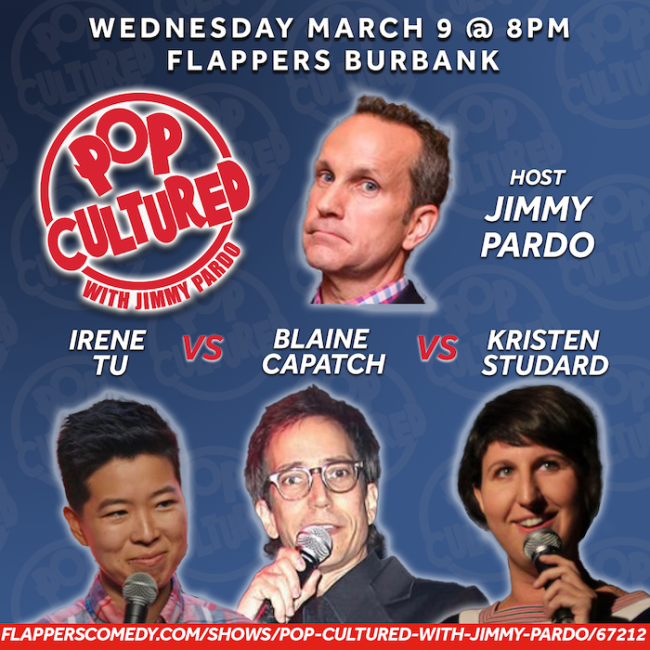 THIS Wednesday March 9th at Flappers in mostly sunny Burbank, get POP CULTURED! It just dawned on me that some of you are probably too young to even know what a “Got Milk?” ad campaign is. DEAR LORD, sooo much pop culture to catch up on, young Paduan! Start the education this week with the game show where three comedians compete in a variety of comedic challenges to see who will be the most pop cultured. The show is hosted and judged by the amazing Jimmy Pardo (Never Not Funny, Conan) who has recorded three comedy albums: Uno, Pompous Clown and Sprezzatura AND has been seen on such shows as Comedy Bang! Bang!, @midnight, Maron and Monk. This month the POP CULTURED contestants will include:

Kristen Studard (I Think You Should Leave, Modern Family, The Mindy Project)

This should be one of heck of a show!