Video Licks: Two Juicy Singles from NEW KIDS ON YOUR MOM will Make Your Monday Pop 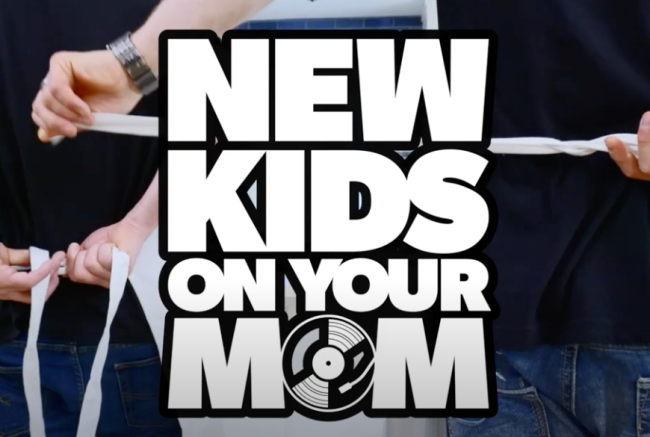 New Kids On Your Mom (NKOYM), helmed by brothers & MCs MileyMo & Kirky Jay, is a comedy music group based in the great North, better known as Canada.  NKOYM infuses hip-hop with folk, country, pop, and their signature humor-spiked lyrics. The comedy-music group’s style is remniscent of groups like The Lonely Island, Flight Of The Conchords, Adam Sandler and Jon Lajoie, with their own flavor of woke themes, and satire. The group was nominated for a World Wide Comedy Aware in 2021 and their debut album “Optimistic” now streams on platforms familiar to you. Check out their latest singles that tug at the laugh strings.

Chicken Soup for The Rappers Soul: “Fill up your bowl with a healthy scoop, boom mutha fucka, now you’ve got some soup!” Making chicken soup never looked so cool.

Country Tough: These farm-fresh country pups have a harrowing story to tell. (Cover your eyes if you are averse to aggression).

Mentions: Get your fill of NKOYM HERE. Listen to the group on Bandcamp & Spotify. Follow the MC bros on F/B, Twitter & IG.