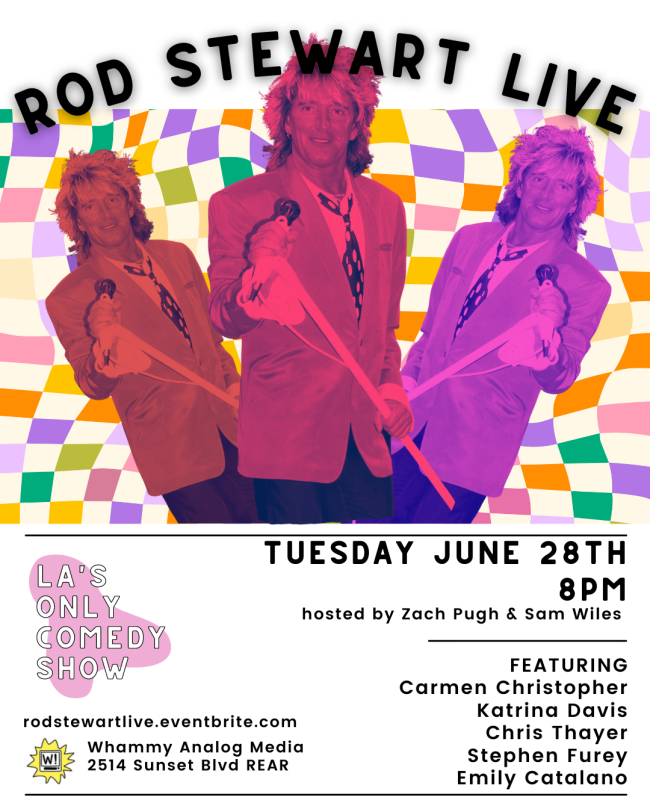 Come by your one-stop-shop for comedy TOMORROW at Whammy Analog VHS store and microcinema! Your boys Zach Pugh and Sam Wiles will be back at it hosting another jaw-droppingly funny evening of ROD STEWART LIVE! stand-up, the way it was meant to be done. Did you know that humble ole Rod’s not afraid to pick up a shovel to fix potholes in his town? Well then, you shouldn’t be fearful of some groundbreaking comedy! Tuesday’s show will feature this hard-working lineup of scene stealers: