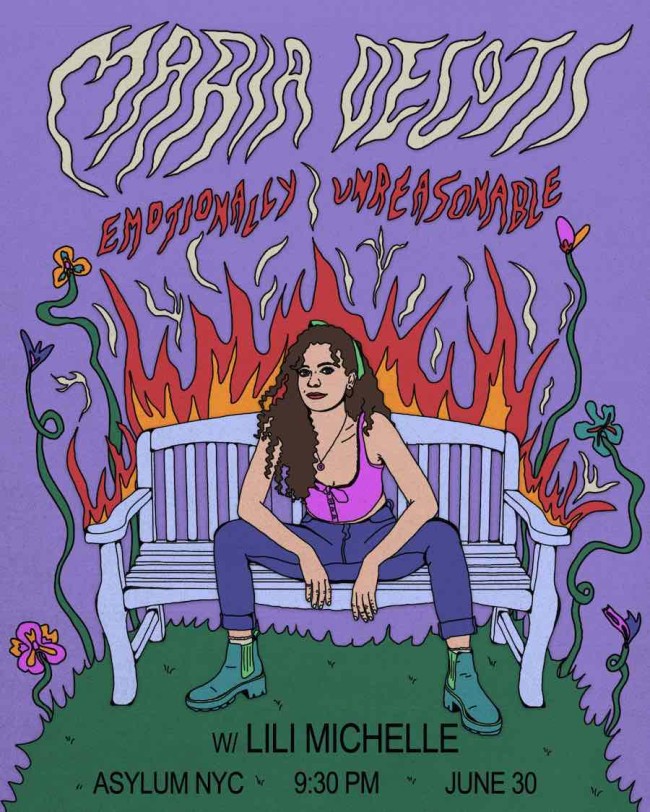 Starting Tomorrow, June 30th, MARIA DECOTIS brings you a new hour of music and comedy monthly at Asylum NYC! Emotionally Unreasonable comes to you straight from the mind of the NYC-based comic, actress and writer from Fayetteville, Georgia. Decotis has a background in playwriting and acting, has worked with Commedia dell’Arte professionals in Italy, is comfortable around ukuleles, and has been featured in Rolling Stone, Vogue, New York Magazine, The New York Times, Wall Street Journal, The Guardian, New York Daily News, Today, and more. Her recent credits include opening for Mike Birbiglia on Broadway, the HBO Women in Comedy Festival, and the New York Comedy Festival. Decotis has had shows featured in Time Out New York, welcoming performers such as The Lucas Brothers, Ziwe, Mary Beth Barone, and Rachel Sennott. The opener for the first Emotionally Unreasonable will be Lili Michelle, a NYC based Iranian comedian originally from Toronto! What are you waiting for? Get that long weekend started early with laughter!