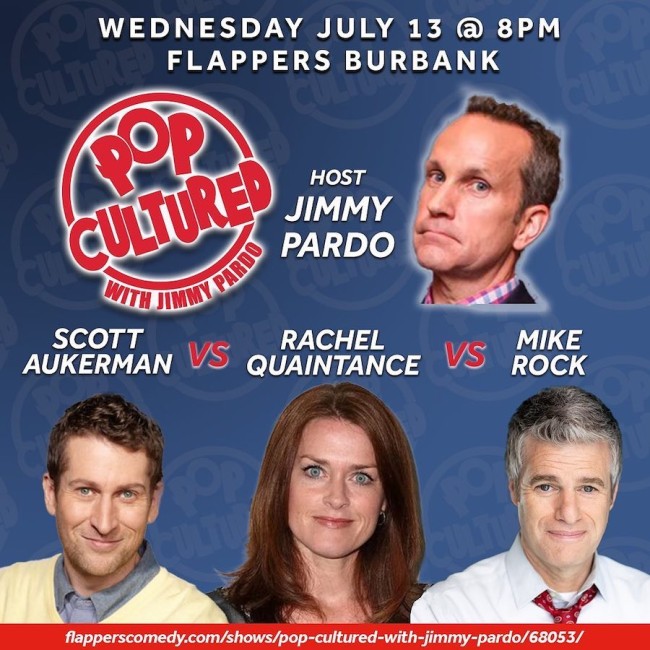 As summer heats up, POP CULTURED WITH JIMMY PARDO brings you a NEW satiating installment of the most pop cultured game show imaginable. Come watch as host and judge JIMMY PARDO (Never Not Funny, Conan) welcomes three comedians to compete in a variety of comedic challenges to see who is the most knowledgeable about, wait for it, pop culture! It all happens Wednesday, July 13 at Flappers Comedy Club and will feature contestants

Hal Rudnick (Just Roll With It, Magic for Humans, @midnight)!

PARDO currently hosts the award-winning weekly podcast Never Not Funny; has hosted National Lampoon’s Funny Money for GSN, five seasons of AMC’s Movies at Our House, episodes of NBC’s Late Friday, VH1’s The Surreal Life, and The Playboy Morning Show; has recorded three comedy albums: Uno, Pompous Clown and Sprezzatura; AND, has been seen on such shows as Comedy Bang! Bang!, @midnight, Maron and Monk. There’s no doubt you will be in very good hands to get your entertainment’s worth this July! 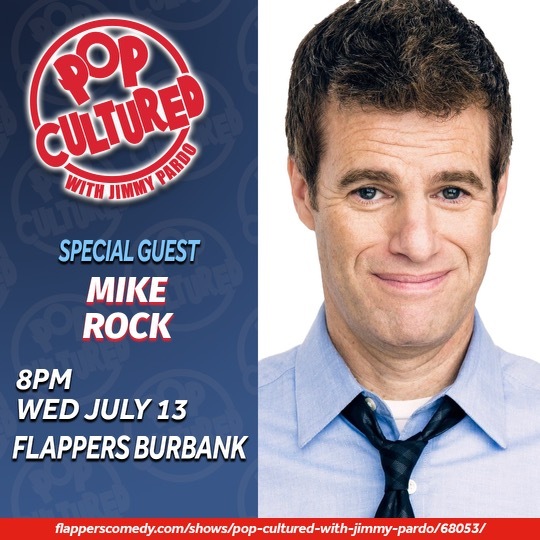 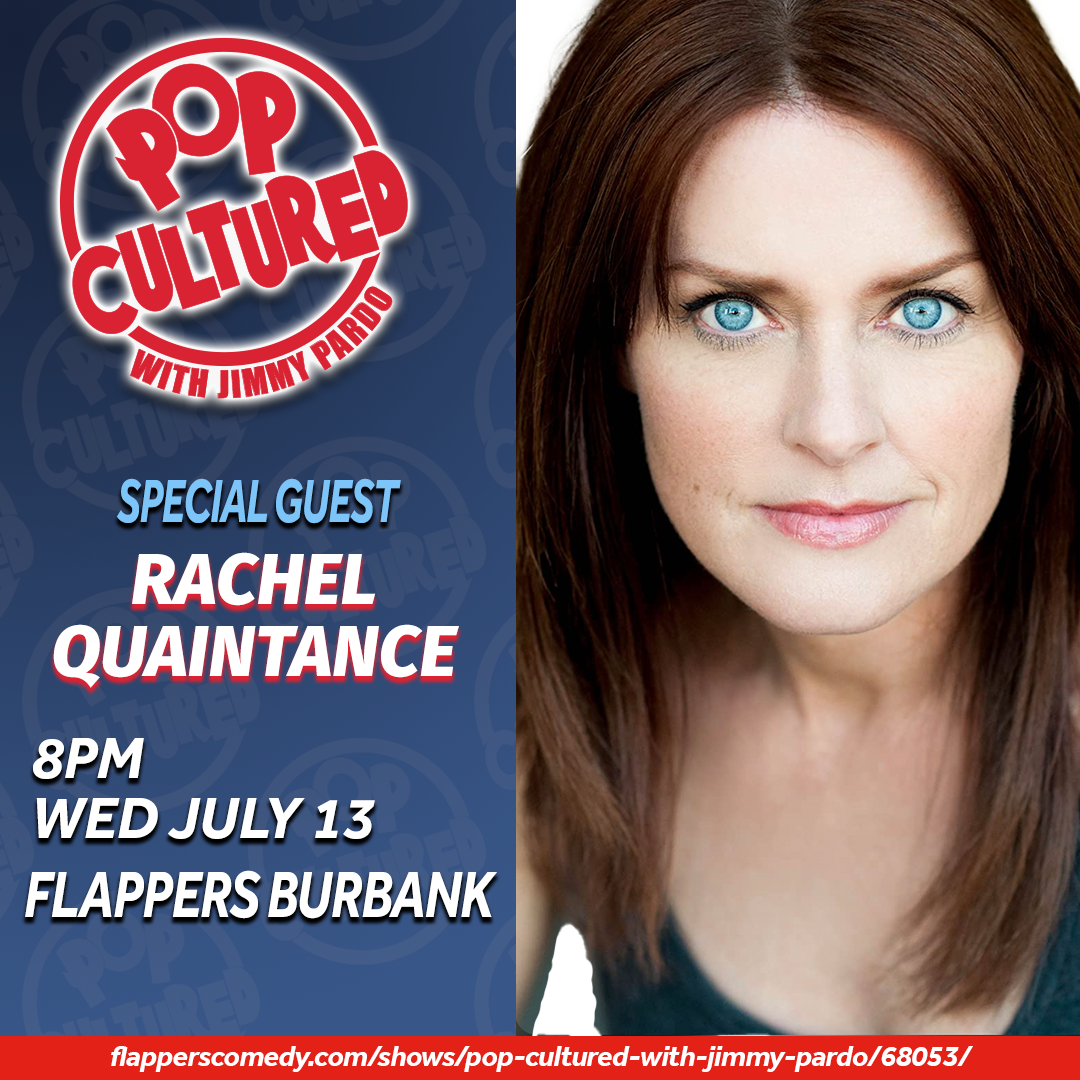 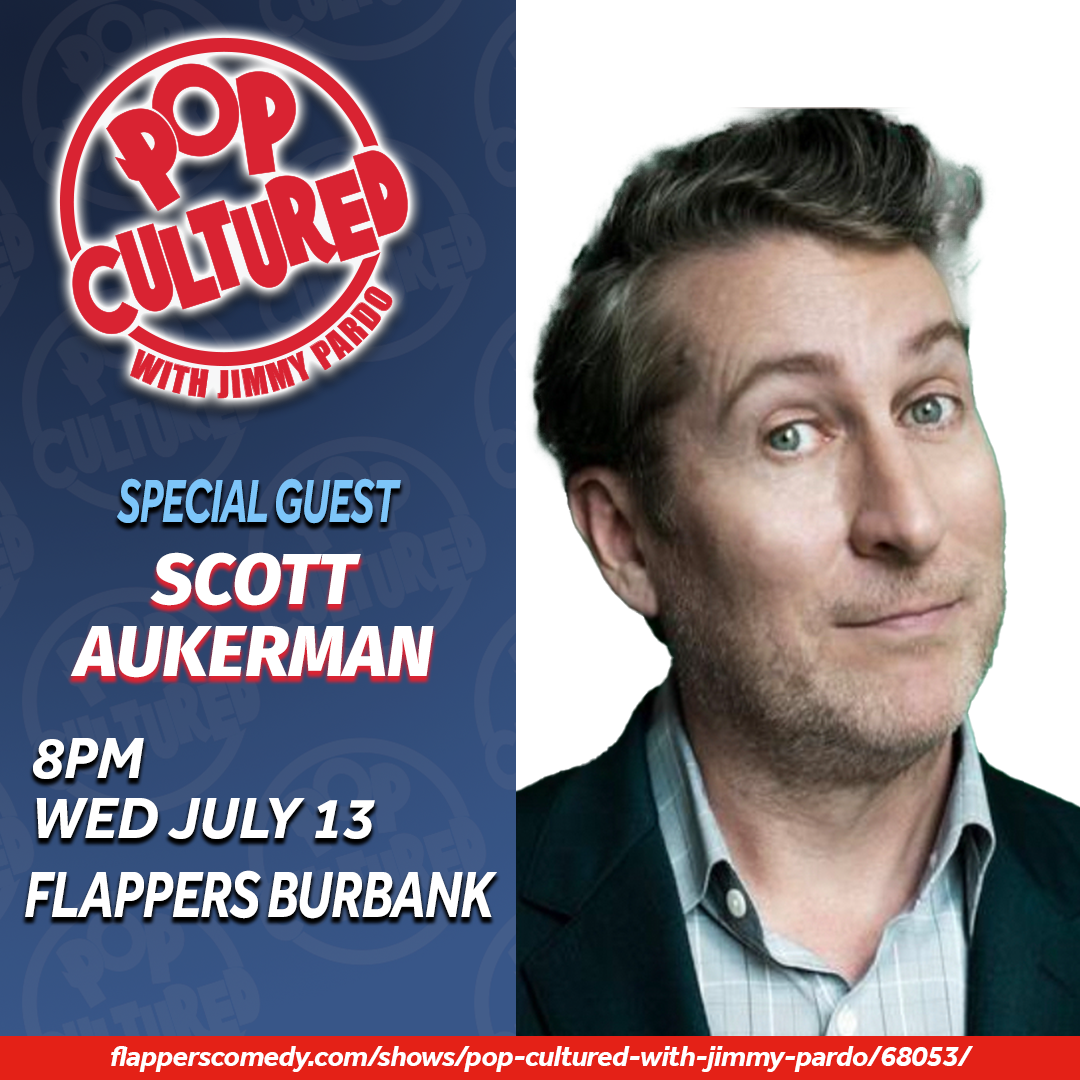