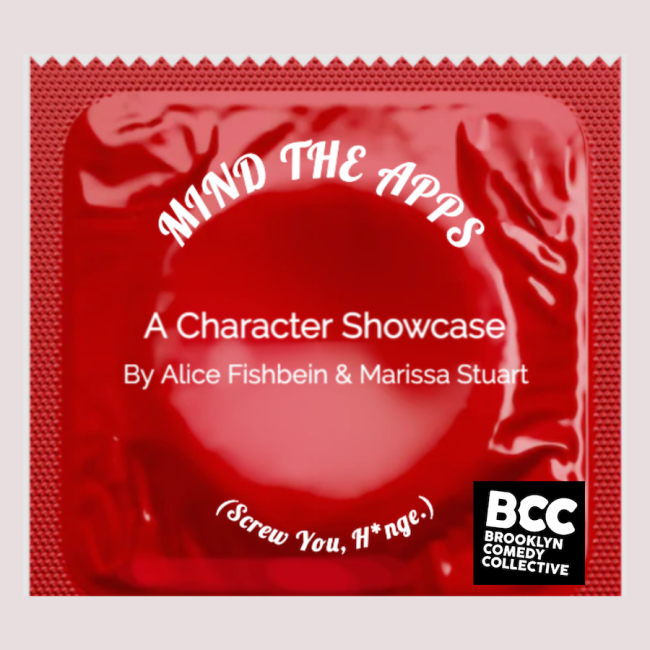 It goes without saying, that the majority of singles seek out companionship via dating apps. In fact, these apps are soooo chock full of material for a character show’s manipulation, it’s practically law that they should be milked. One character show worth swiping right for is MIND THE APPS. This Friday, July 29th, your hosts Alice Fishbein and Marissa Stuart will help dissect what makes those apps tick via the magic of a character showcase. They will be joined by these app savvy performers in their worthwhile endeavor:

Come out to to the Brooklyn Comedy Collective Eris Mainstage for some carthartic dating giggles.