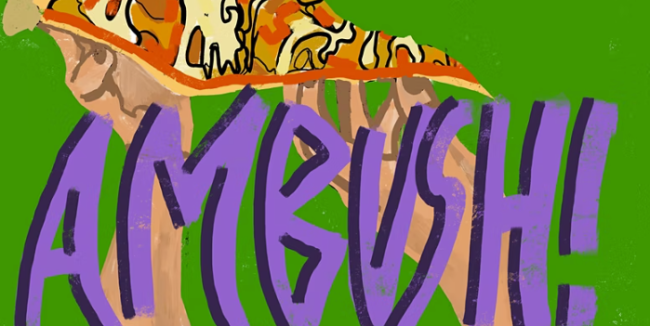 It’s Monday and you already find yourself in need of some comedy calming. So look no further than AMBUSH COMEDY to satiate those mid-week cravings. The recurring weekly show will come to your rescue this Wednesday, August 3rd with a brand new installment of stand-up laughs (because your boss WON’T). Filling the room with positive vibes at Two Boots Williamsburg will be:

Ambush has been featured in Time Out New York’s “Best of,” Paste, Brooklyn Comedy Fest, and New York Comedy Fest AND is know for getting the big drops in. Don’t miss out on the FREE beer, PIZZA raffle, and of course, the cathartic humor! Info below.