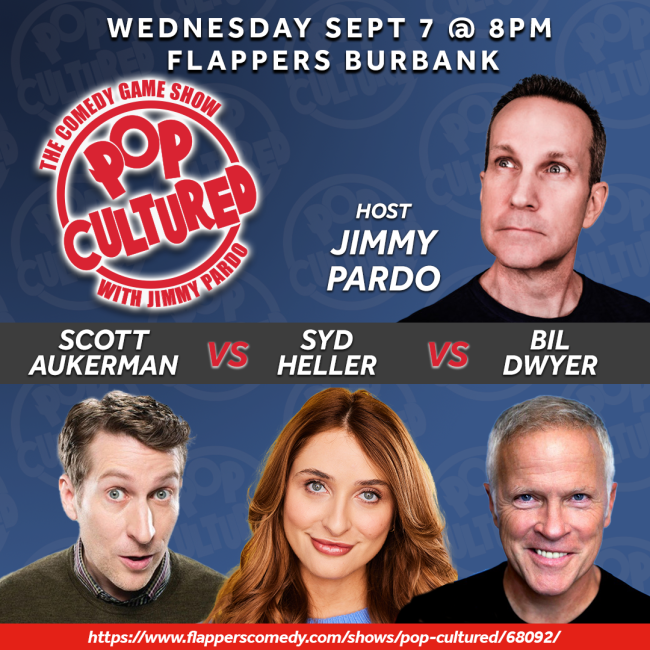 LA’s premiere comedy game show, POP CULTURED WITH JIMMY PARDO returns TOMORROW, September 7 at Flappers Comedy Club in exceedingly sunny Burbank. Is it hot enough for you yet? Beat that Cali heat wave with some true game show fun (in the cool indoors, if the rolling blackouts don’t start, ha, ha, HA)! Watch as THREE comedians compete in a variety of comedic challenges to see who will be the most pop cultured. Jimmy Pardo, known for the award-winning weekly podcast Never Not Funny, Conan, Comedy Bang! Bang!, @Midnight, Maron, Monk and more will play the part of host and judge at this highly competitive and hilarious event. Tomorrow’s contestants will include

Even better, you can watch in-person or virtually, if you so desire. This should be one HELL of a show! 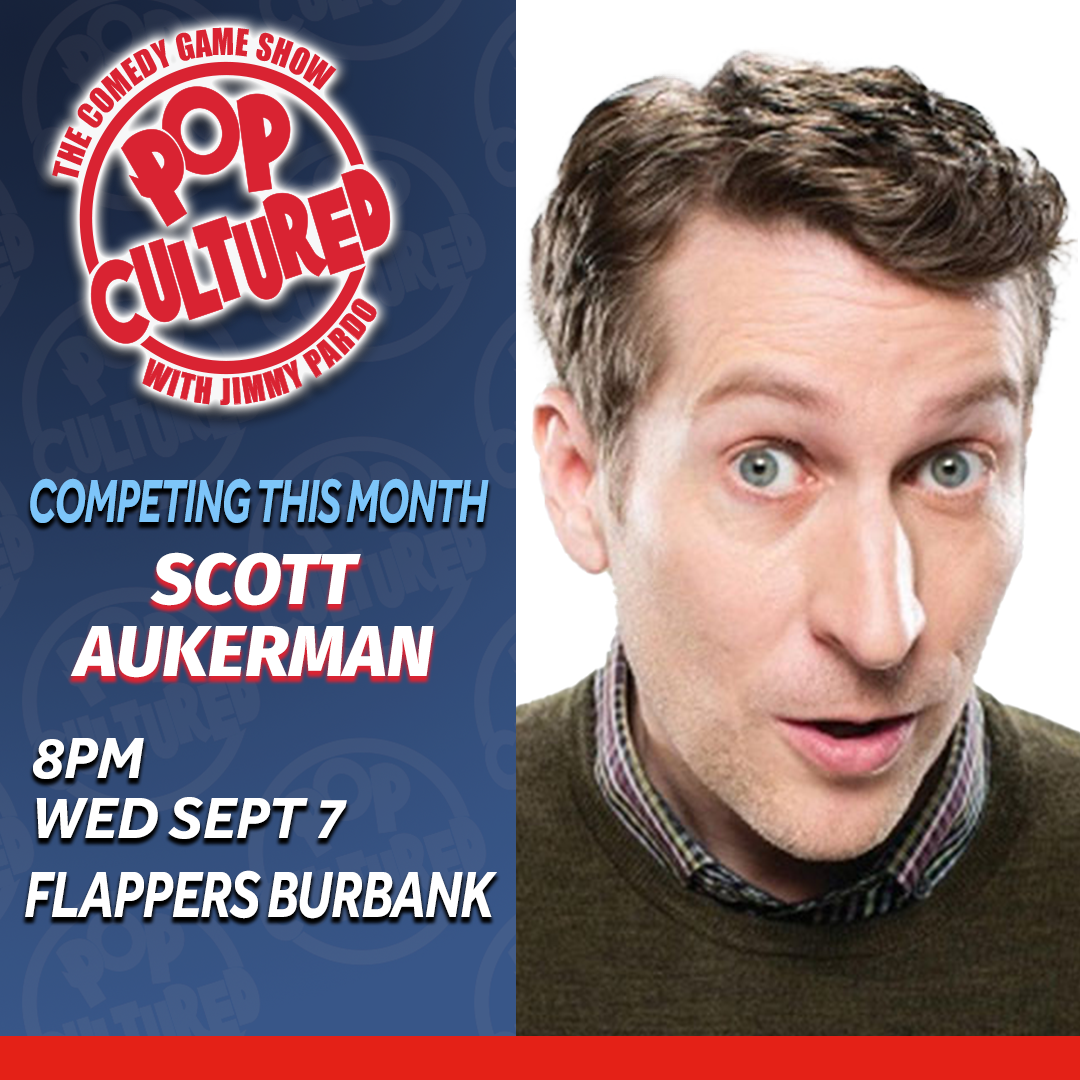 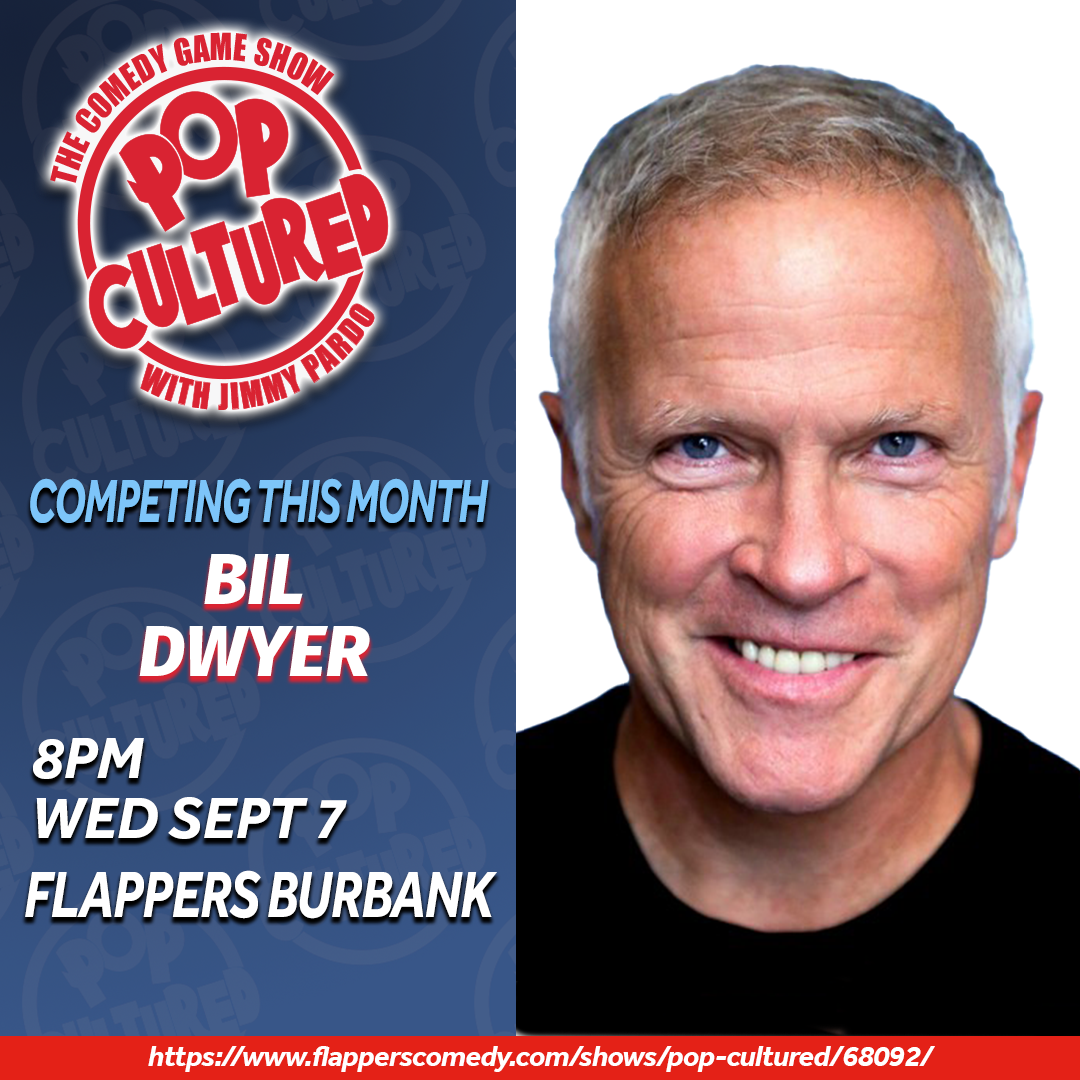 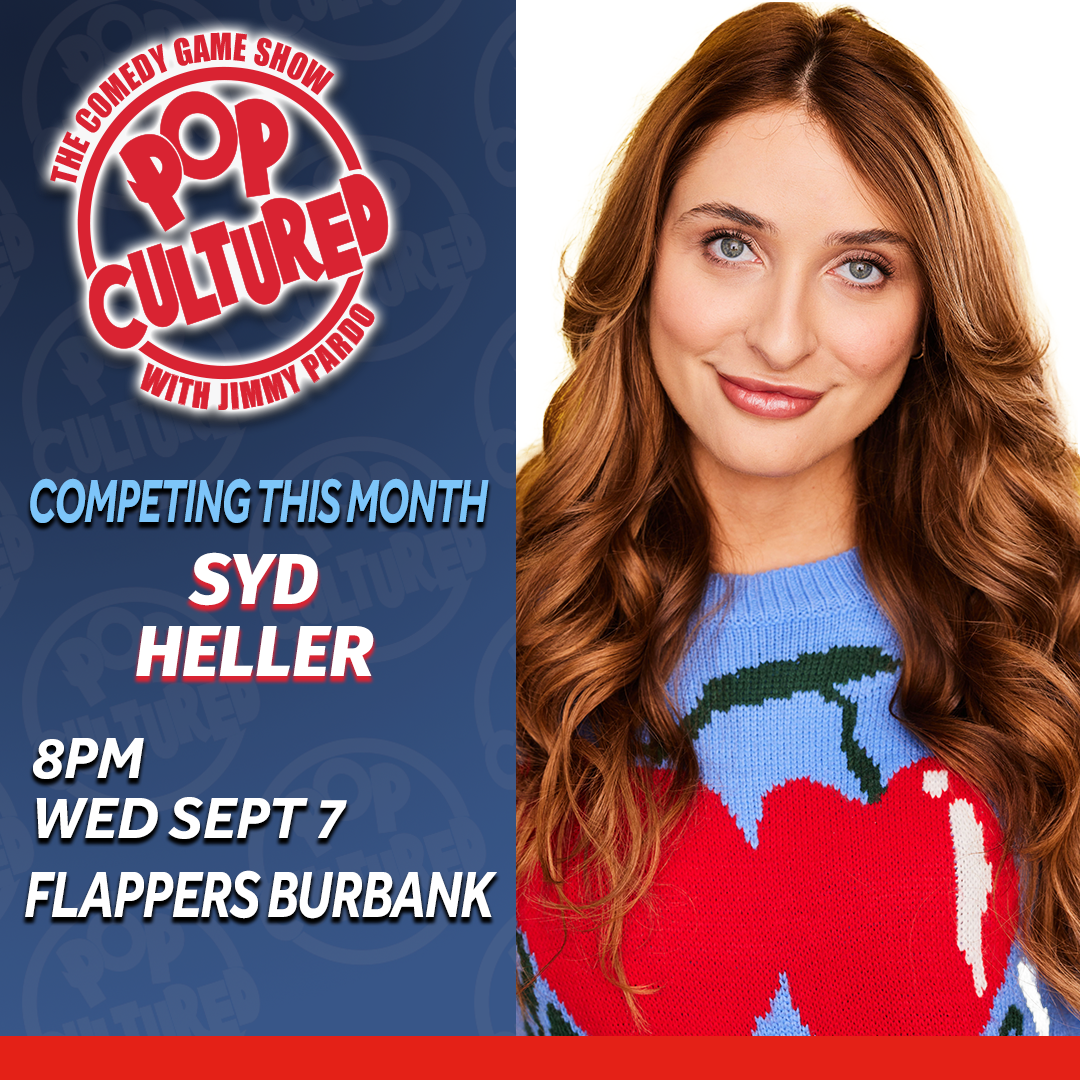