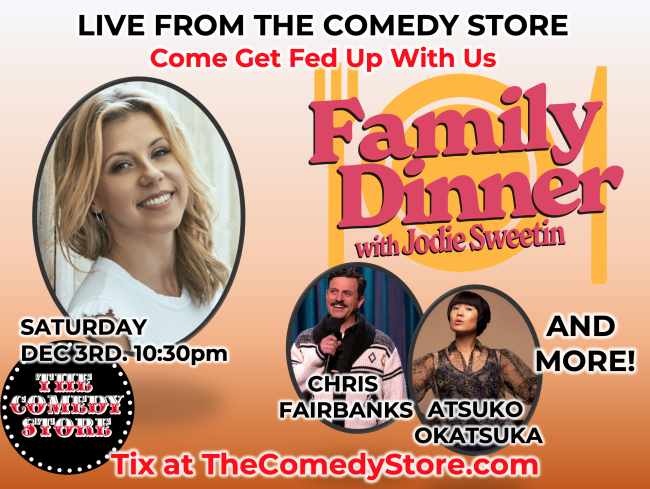 Actress, host, producer, author and TV legend, JODIE SWEETIN (Full House, Beyond the Edge, Worst Cooks in America), will be hosting her very own chat show, Family Dinner with Jodie Sweetin! Saturday, December 3rd. Live from The Belly Room at The Comedy Store in Hollywood, Jodie will lead a conversation with a panel of your favorite comics, including Atsuko Okatsuka, Chris Fairbanks and more! During those convos, everyone will be playing games, exchanging personal stories and sharing a delicious meal! Now that’s a night-in we can all relate to! Jodie hosts the “Never Thought I’d Say This” podcast with her best friend/life coach, Celia Behar, now in its fourth season from Audioboom. Jodie is also a recurring guest co-host on “The Talk” and E!’s “Daily Pop.” Jodie co-starred and co-Executive Produced “Hollywood Darlings,” with friends Beverley Mitchell and Christine Lakin on POP TV. You might also recall that Jodie competed on ABC’s “Dancing with the Stars,” where she partnered with Keo Motsepe. OK, enough of the copious credits. Don’t miss out on a night at the kid’s table, where it’s always a blast. Enjoy! 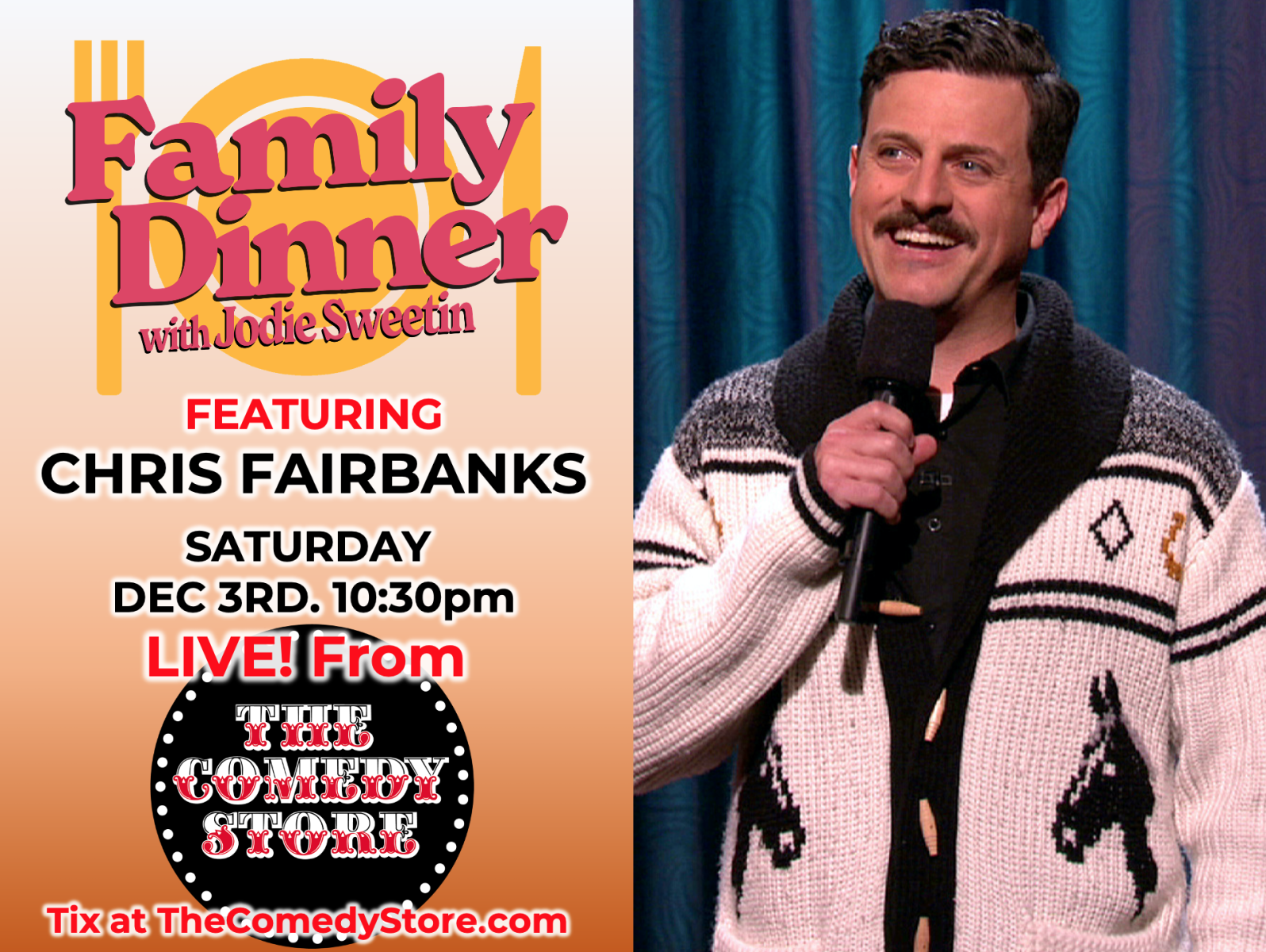 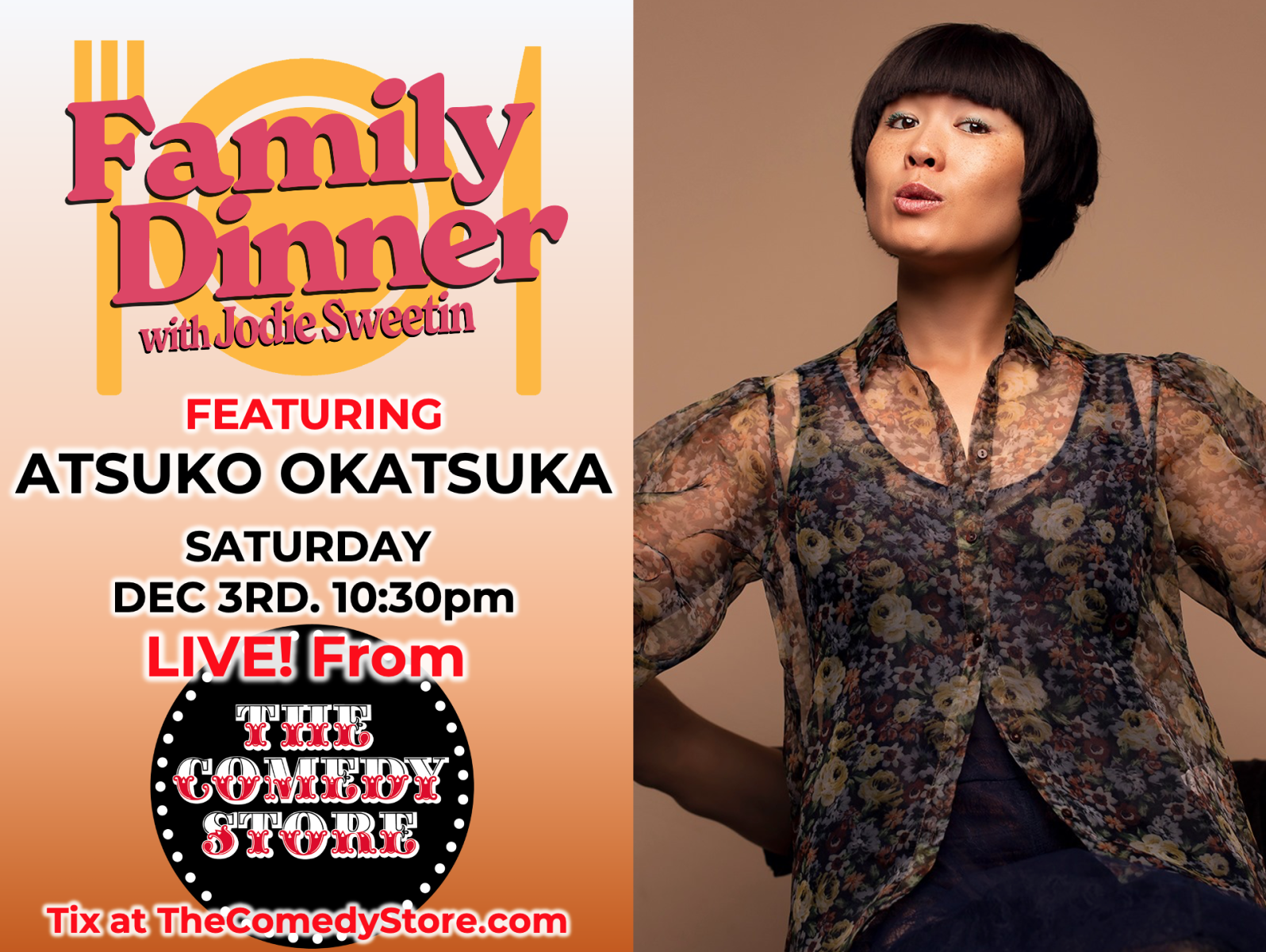