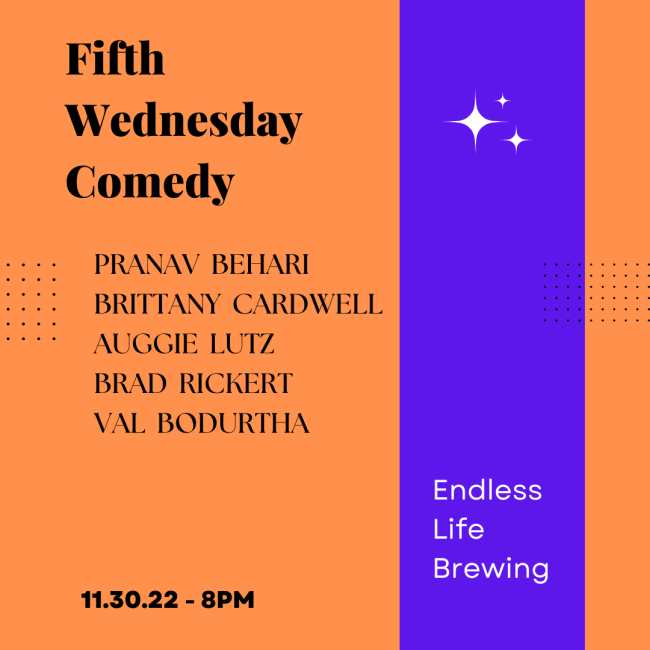 How many months have a fifth Wednesday in 2022? Yes, smarties, 4! How many days bear the mark of 5 this year? Looks like a grand 20! So what exactly is TOMORROW? It’s the last FIFTH WEDNESDAY of this year! Why not make it a little more special by gathering some some of the funniest comedians to do a show at Endless Life Brewing taproom in Brooklyn? Well, host Andre Medrano and friends have done just that! Tomorrow Andre welcomes a stacked lineup of the comically gifted crowd to gift you some comedy. The list includes:

Sound like fun? You bet your 5th Wednesday it does! Join in !