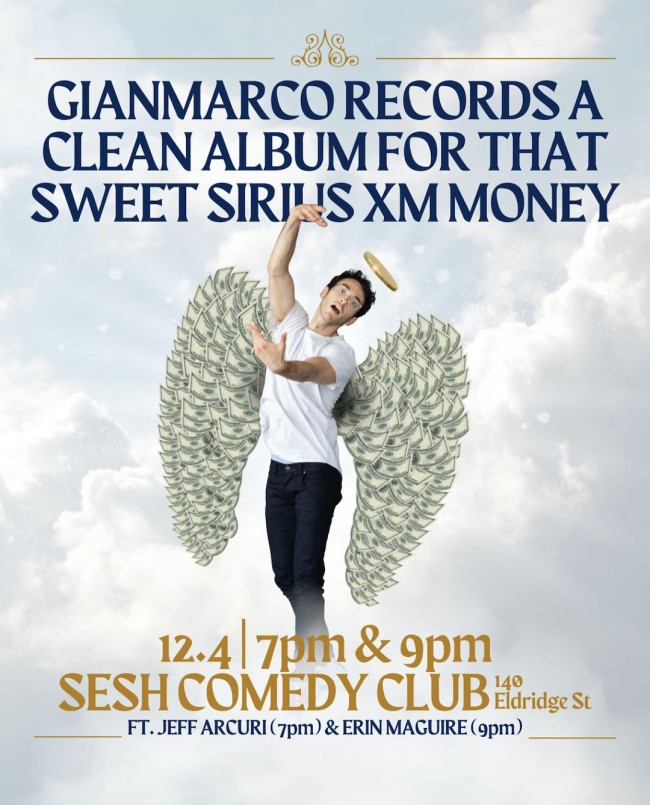 Fresh off his fantastic late night TV debut on Corden, you can see GIANMARCO SORESI (The Downside podcast) in his element taping his comedy album THIS Sunday, December 4th at Sesh Comedy. Not only does Gianmarco do a mean Jeff Goldbum impression, but he’s actually got the comedy chops to beat out the best. His standup has been featured on Comedy Central, Netflix’s Bonding, PBS’ Stories from the Stage, SeeSo’s New York’s Funniest, Real Housewives of New York (really), NY1, New York LIVE, Vanity Fair, George Takei Presents and he was the winner of Amazon’s Comics Watching Comics Season 8. Of course, that’s not all. The comic has demonstrated storytelling prowess telling tales on the RISK! podcast, The Moth (StorySLAM winner), Suitcase Stories, PBS’ Stories for the Stage, and Story Collider. He’s got extensive acting and commercial work under his belt, but he’s saving all that to portray Jeff Goldman on Lifetime, when afforded the opportunity. Watch your back, Jeff! Don’t miss laughing yourself silly with this golden talent!