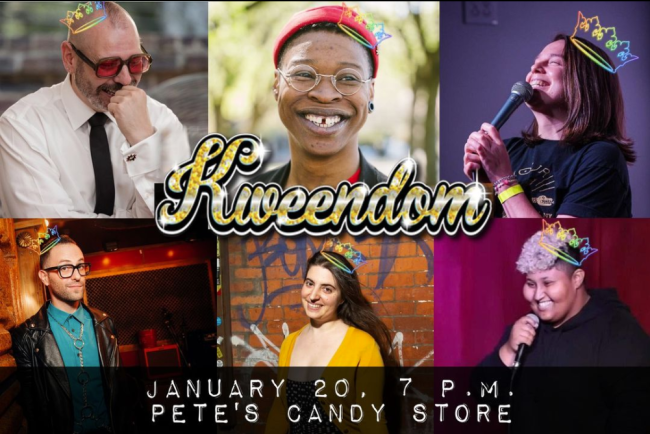 Come to Pete’s Candy Store for some KWEENDOM Comedy where you can see the most hilarious LGBTQ entertainers perform all in one magical place, the third Friday of each month. The show is brought to you by Bobby Hankinson (Sirius XM). Tomorrow‘s show will feature this tremendous line up to kick the year off right:

The show is FREE, so there’s no excuse not to miss out!

Mentions: Show 7pm ET. Free, but this month they will be collecting donations for Immigration Equality with a match for the first $50. Location: Pete’s Candy Store | 709 Lorimer St. Brookln (between Richardson and Frost, near the G and L trains). Follow the show. Feed the algo.