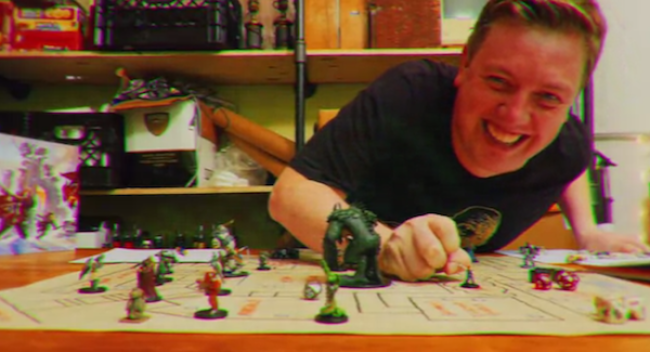 Buddy, if you supported that potato salad Kickstarter you are sure as heck donating to comedian JARED LOGAN‘s (Best Week Ever, The Pete Holmes Show, @midnight) Ultimate Adventure. Table top players, comedy philes, and Hillary lovers of the world unite! This is your chance to make a difference. This is your chance to make sure former Secretary of State HILLARY CLINTON speaks for one hour before a local Dungeons & Dragons club in Eric’s Dad’s basement in Brooklyn. I have no idea which guy Eric is. There are several incentives to choose from. One of the project’s incentives has even been designed to allow backers to become part of the event. It’s pricey, but you’re worth it! I’m particularly interested in the incentive that gets my face on an oversized die. If the gang is able to snag Mrs. Clinton there will be a concerted effort to get the political maven to agree to roll some dice and play in the game (details yet to be negotiated). The goal is to raise $200,000. Hey, you can roll your twenty sided die to figure out how much you’d like to donate (if you are a TRUE gamer). Make this fantasy a reality!