Quick Dish: October 14th Be a Part of Stand-Up On The Spot at Three Clubs 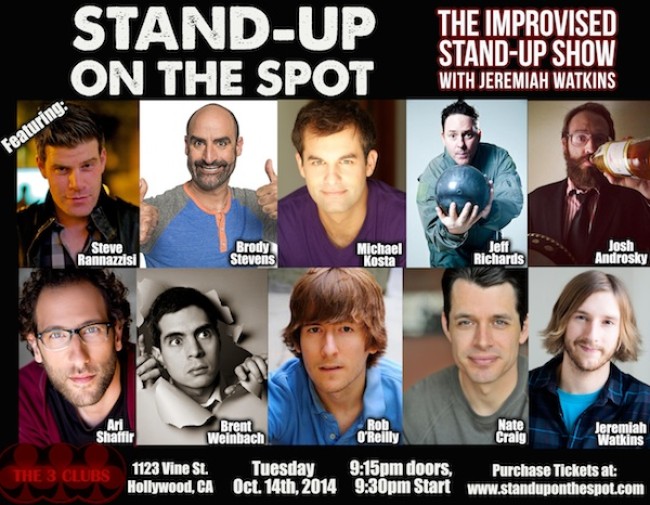 What is STAND-UP ON THE SPOT? It is an improvised stand-up show where top comics tell new jokes based on audience suggestions. That’s right, YOU get to be a part of the magic (with very little credit). Hooray! This month, October 14, watch these fine entertainers dazzle you with their brilliant minds:

It’s about time you call the shots (so you think).