Quick Dish: Get Your Holiday Laughter On at the “TOMORROW!” Thanksgiving Show 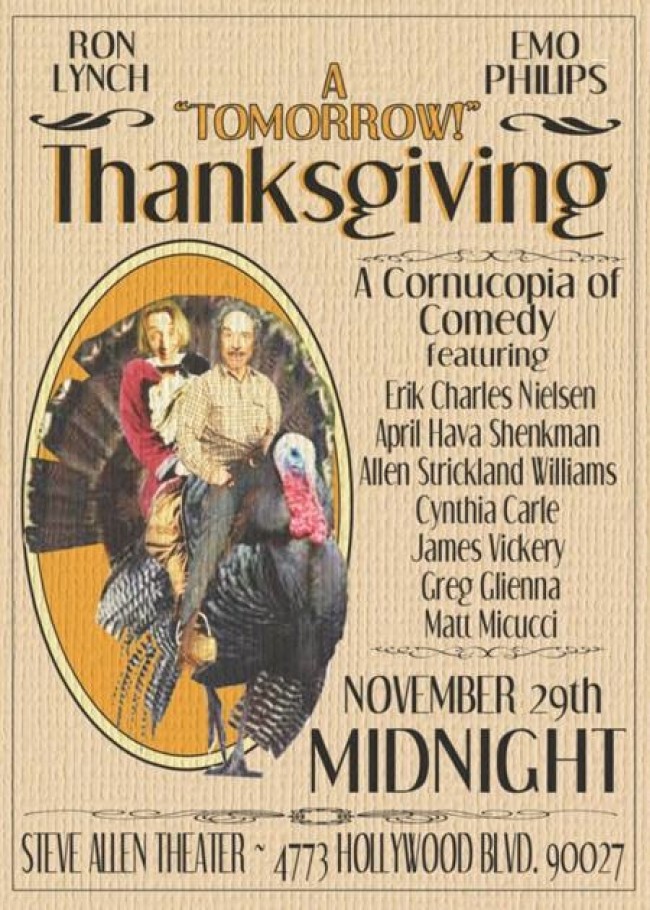 Come one, come all to a late night holiday extravaganza. Ron Lynch and Emo Philips invite you to this week’s “TOMORROW!: Thanksgiving show at the Steve Allen Theatre. Once your stuffed to the gills with gluten goodness rumble things up with some laughs alongside:

Don’t submit to the tryptophan! See this special show NOVEMBER 29!