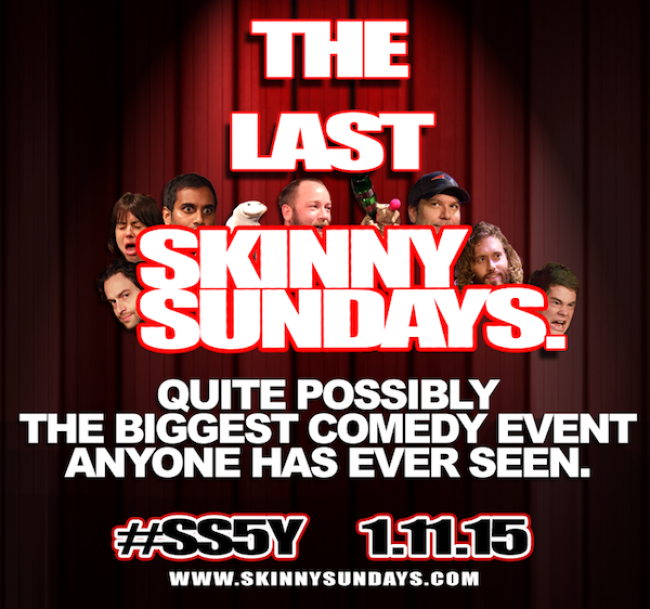 What started out as tiny open mic in the back room of Bar Lubitsch grew into one of most popular stand-up/game show hybrids at the Hollywood Improv. The comedy scene is rich with novel show concepts these days but five years ago open mic’ers competing in head-to-head games for the right to the microphone was pretty ground breaking stuff. Sure, these days the show is rich with headliners but SKINNY SUNDAYS has pushed the limit of what stand-up comedy can be and it’s time to celebrate their journey. The show wraps up it’s run at the World Famous Hollywood Improv Sunday, January 11th. It will be a 5th anniversary celebration featuring HARLAND WILLIAMS, DAVE KOECHNER, JERROD CARMICHAEL, JULIAN McCULLOUGH and plenty of surprise guests. This will be a finale no attendees are soon to forget. Kids, prepare for a wonderous night of comedy, music, laughter, giveaways, tears, surprises and maybe flames. Be there!

Many kudos to producer JOEY DePAOLO!