Quick Dish: COMEDY PALACE Gets the Year in Motion TONIGHT 1.8 in Los Feliz 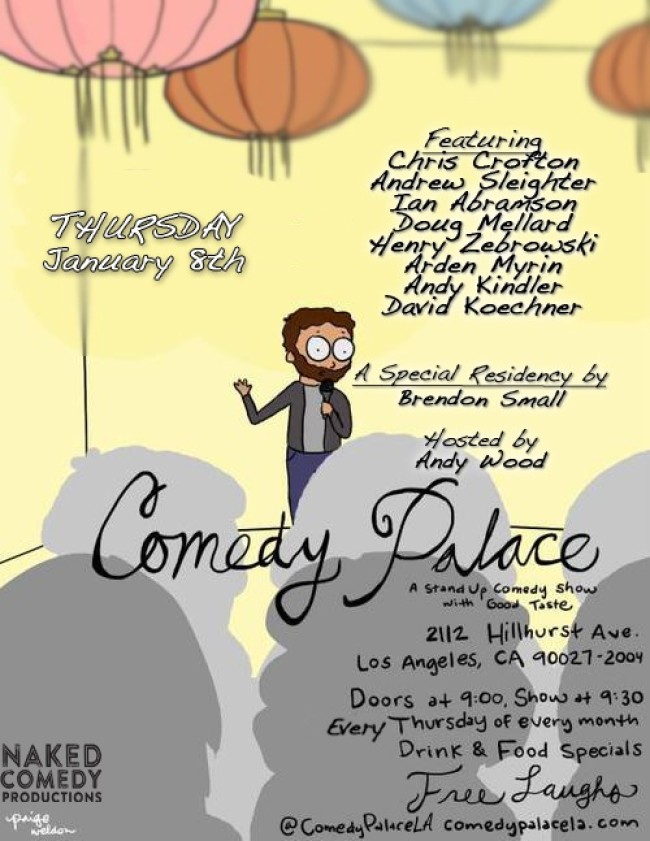 Thursday’s hottest weekly FREE comedy show gets its funny on TONIGHT, January 8th, above a tasty Chinese restaurant. LA’s best, newest and big name comedians will be rocking the mic with everything from TV ready sets to brand new bits at COMEDY PALACE. This evening your comedy platter includes

Plus a special residency by Brendon Small! (Metalocalypse, Baked)

The force is strong with this one. Support live comedy!