Quick Dish: Everything is PEACHY Keen Friday 1.16 at Bar Lubitsch 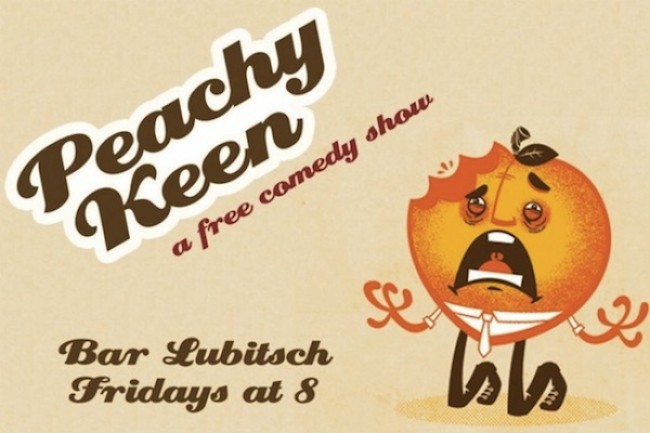 Every Friday at Bar Lubitsch the Peachy Keen Comedy Show comes at you hard and proud. Isn’t about time you attended this staple of the alternative comedy community. January 16 you will be graced by the presence of these comedic entertainers:

Drag yourself out Friday and support live comedy!