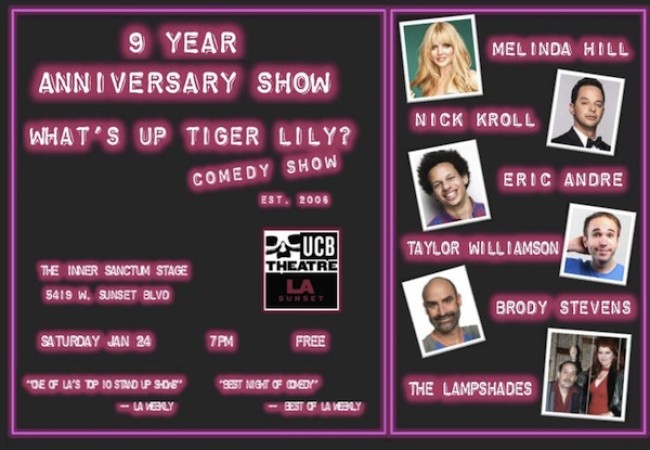 What’s Up, Tiger Lily? has been a staple of the LA comedy scene longer than many celebrity marriages and face-lifts in this town. Co-created by comedians Maria Bamford and Melinda Hill and booked by Jazz Ponce, the show has featured the best stand ups from around the world. Keeping a comedy show fresh and innovative for 9 YEARS ain’t no small feat. It’s time to give thanks to the show that’s been bringing it strong all these years. Saturday, January 24 party with Tiger Lily and these fine comedians at UCB Sunset:

This is gonna be one crazy anniversary!