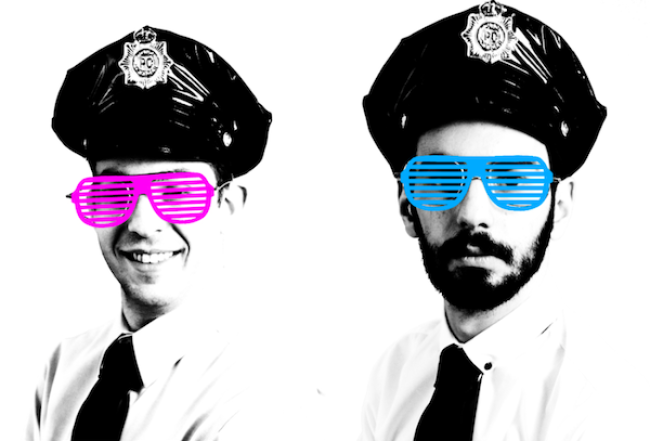 Dean Clarke and Murph Bridges are fed up of their Chicago Police jobs. Their true passion is music. Their euphonious hero is Weird Al Yankovic. What if these dreamers sampled the tunes of the parody king to bring the world their powerful story? It’s time to experience the first three tracks of the WEIRD COPCEPT ALBUM. Enjoy!

Mike Malarkey created the theme song to the popular podcast “With Special Guest Lauren Lapkus.” Daniel Shar is a contributor to the Onion and performed his solo show at SF Sketchfest this year.