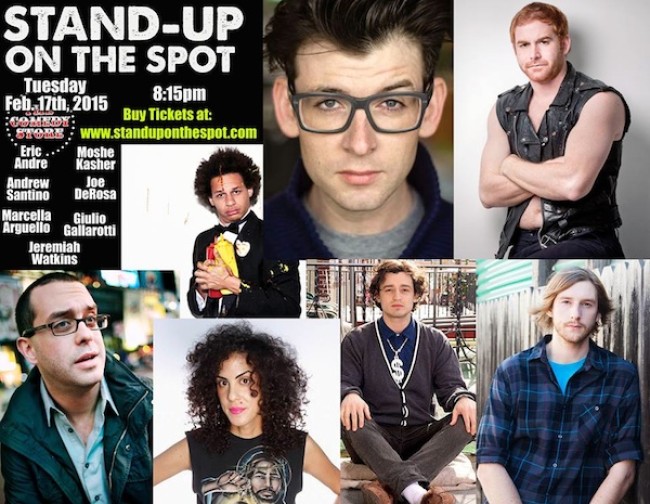 TONIGHT February 17 Stand-Up on the Spot invites you to join them at the best comedy club in the world, The World Famous Comedy Store. Comedians perform with no prepared material, ask the audience for suggestions, and create “Stand-Up on the Spot” based off of those suggestions. Get ready for an awesome mix of improv and stand-up! The lineup is truly stellar

and the tickets are just the right price (only $5!). What are you waiting for? Snatch those up this minute!

Mentions: Doors 8pm. Show 8:15pm. Buy SOTS tix HERE. Stick around after the show for the always exciting Roast Battle. See the show monthly at 3 Clubs in Hollywood or monthly at The Stand in NYC. Map to cheap parking. The Comedy Store is located at 8433 Sunset Blvd., LA.