Quick Dish: It’s ‘An Evening with Matt McCarthy’ 3.10 at NerdMelt 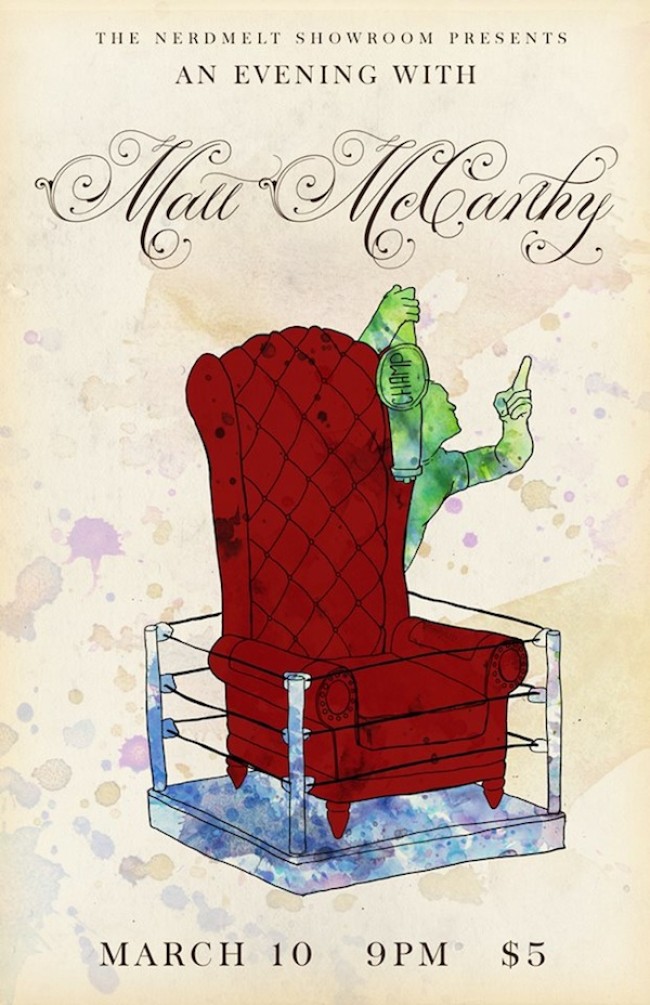 Wrestling super fan, writer, and larger than life comedian MATT McCARTHY visits the the NerdMelt Showroom Tuesday, March 10th for an evening of generous comedy. Matt will perform a longer set and some equally funny friends will open for him, including Vince Averill, Jesse Popp and Joe DeRosa. You may know Matt from his work on The Pete Holmes Show. He’s also appeared on Live at Gotham and John Oliver’s New York Stand Up Show. His podcast We Watch Wrestling is a thing of beauty. I promise you’ll love every minute this show! Watch him on Drunk Driving with Brad Gage. Sober or not, he’s hilarious.