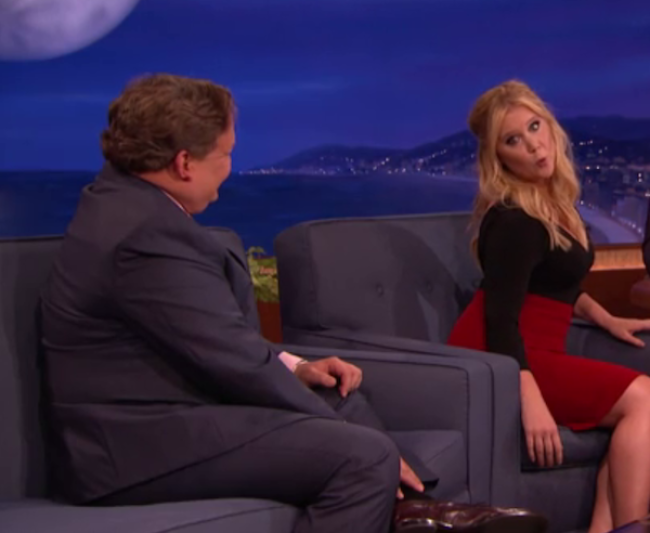 Inside Amy Schumer season THREE kicks off April 21st on Comedy Central. To say we are excited is a an understatement. Have you SEEN the cycling promo? Hilarious! I’ll stop hyperventilating now. Schumer joined CONAN to talks about her chill reaction to a mean blogger

and the new attitude toward some junk in the trunk.