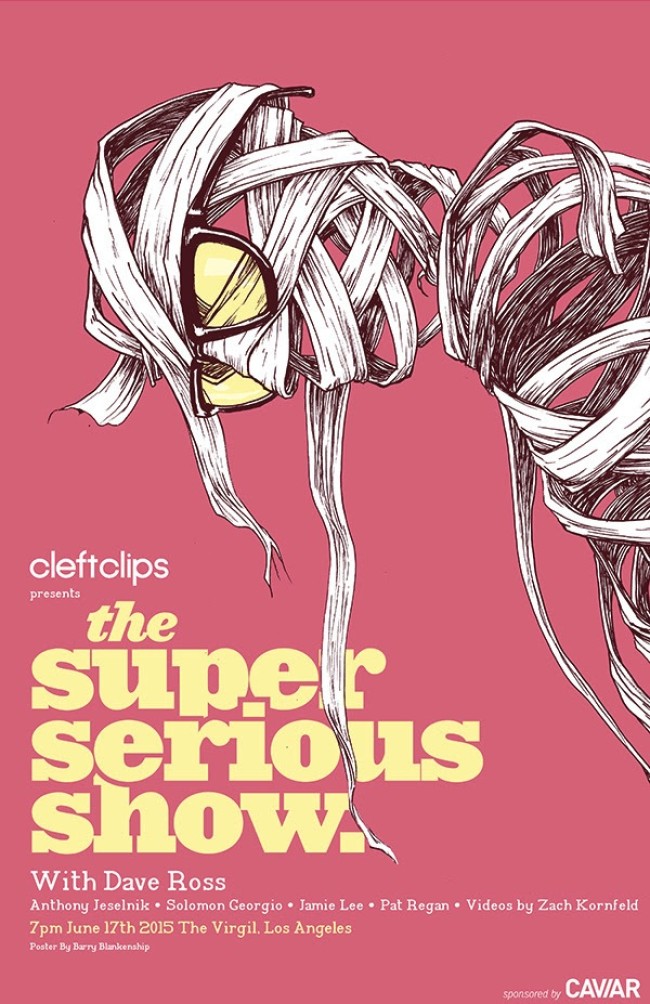 From the folks that bring you HOT TUB on a weekly basis comes another rip-roaring laugh fest known as the SUPER SERIOUS SHOW. No ones mashes it up better than CleftClips and this month’s show is a doozie. Wednesday, June 17 your headliner for the evening is no other than the MOTH grand slam winner DAVE ROSS who just so happens to host a fabulous podcast called Terrified, co-hosts an equally stellar show called Good Heroin, has appeared on Drunk History, and has been a guest on Maron’s WTF pocast. Dave will be joined by these comedy co-horts at the top of their game:

Get those laughing muscles in gear because you are in for some major entertainment.