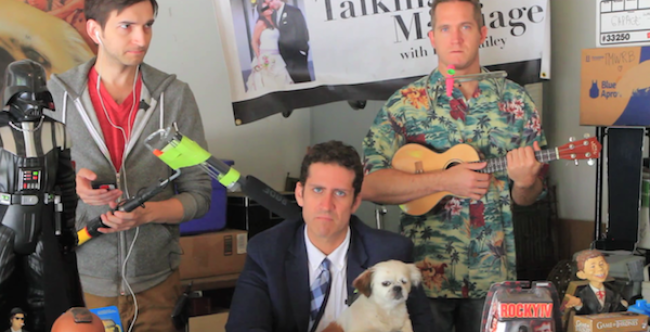 Talking Marriage’s Ryan Bailey has had his fill of celebrity guests and their ways. This episode Ryan turns to the folks that matter the most, his IN-LAWS! The only problem is he didn’t book his in-laws and the crew must fill in. You didn’t think TM would have an episode without stars, did you? Look for the very reluctant Angelique Cabral (Life in Pieces) and Astronaut Wives Club’s Joel Johnstone (which premieres tonight on ABC 8/7c)!

Mentions: Catch up on the episodes you missed HERE! Shame on you for missing any!