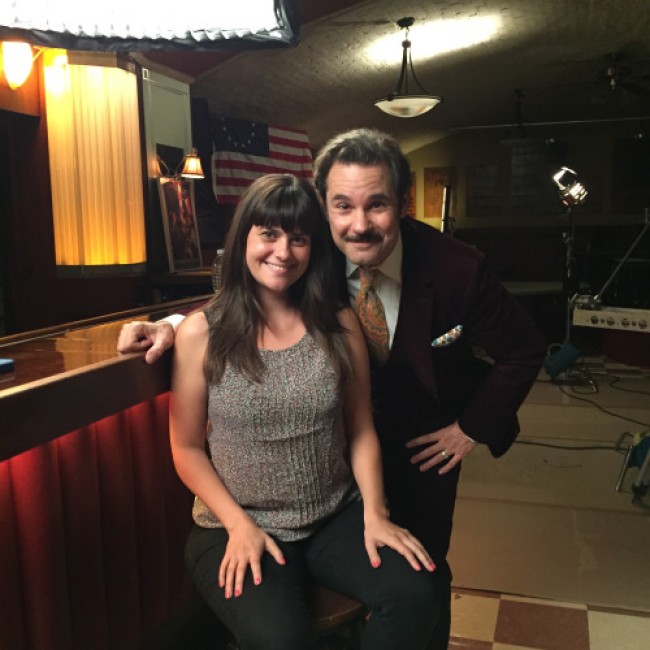 Noooooo! Say it isn’t so! Hope you have a strong drink ready because it appears Paul F. Tompkins will no longer be hosting his fabulous interview web series Speakeasy. The mutli-talented Tompkins has had too many projects on his plate of late and in an effort to pare down Speakeasy is going the way of the dodo. On his Tumblr Tompkins wrote

“I am sad to say that the most recent Speakeasy with Paul F. Tompkins interview posted is also the last one I’m doing. In an effort to devote more time, energy and focus to fewer projects, I’ve had to make some tough decisions, and one such decision was “retiring” from Speakeasy. As much as I’ve enjoyed doing the show for the last few years, I have had to face facts and realize that if you burn the candle at both ends, you will get so close to the middle of the candle that you can see the middle of the candle is no more candle. And they should not sell those double-wicked candles! They are, at best, IMPRACTICAL!”

Sniffle. We will miss his witty celebrity chats with a tasty aperitif in hand. However, he’s left us quality interviews that we will forever delight in. Also, there are so many other projects that the comedian/actor/writer continually entertains us with that we should be darned ashamed if we are upset over this announcement. Greedy goats! Watch the last episode of Speakeasy with Hannibal Buress while you sulk.

Mentions: Have your own personal Speakeasy marathon right now! Feature image [via].