Quick Dish: Campout At The Improv 8.13 with Comedy Living Room 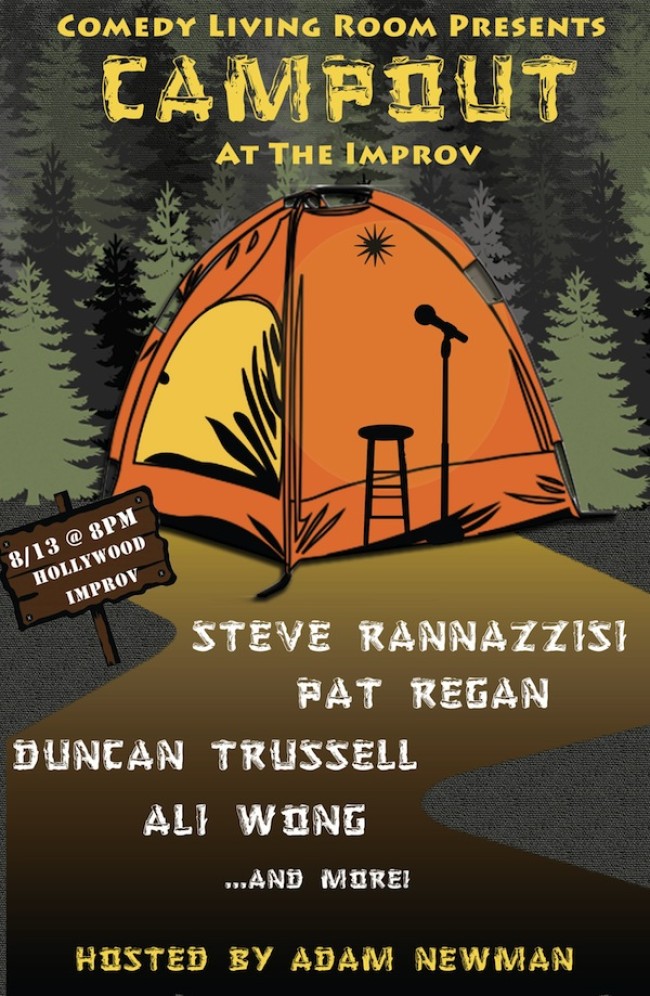 Comedy Living Room has quickly outgrown their humble comedy abode, bringing their hit show to venues like The Hollywood Improv and The Mobli Beach House. The comedy show has featured the best comedians around. Heck, even the great Billy Crystal tried his hand at CLR on the HBO series The Comedians. If you already a fan or are hankering for a test of this comedy experience see it happen August 13th at the world famous Hollywood Improv. As usual, the lineup is out of this world:

It may be “s’mores” than you can handle. Ooof!