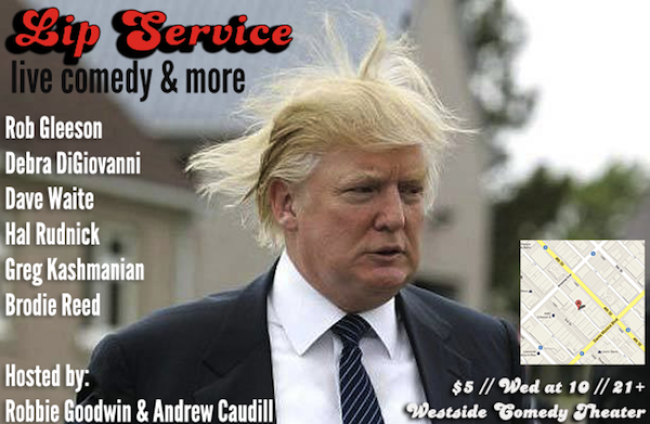 We’re about to get totally meta. We’re paying lip service to Westside Comedy’s LIP SERVICE show. Sorry about all that brain mess. You can sweep it up later. Alright, maybe we’re acting upon our words, but you get the picture. Kids, TONIGHT (August 5th) in slightly cooler downtown Santa Monica enjoy the best of stand up, sketch, and improv worlds in one handy package. Every Lip Service show you’ll see seasoned stand ups rub elbows with character actors and comedic musicians PLUS there’s even LIVE sketches. BOOM! More mess to clean up. This very eve take a gander at:

Don’t miss the show worth talking about!