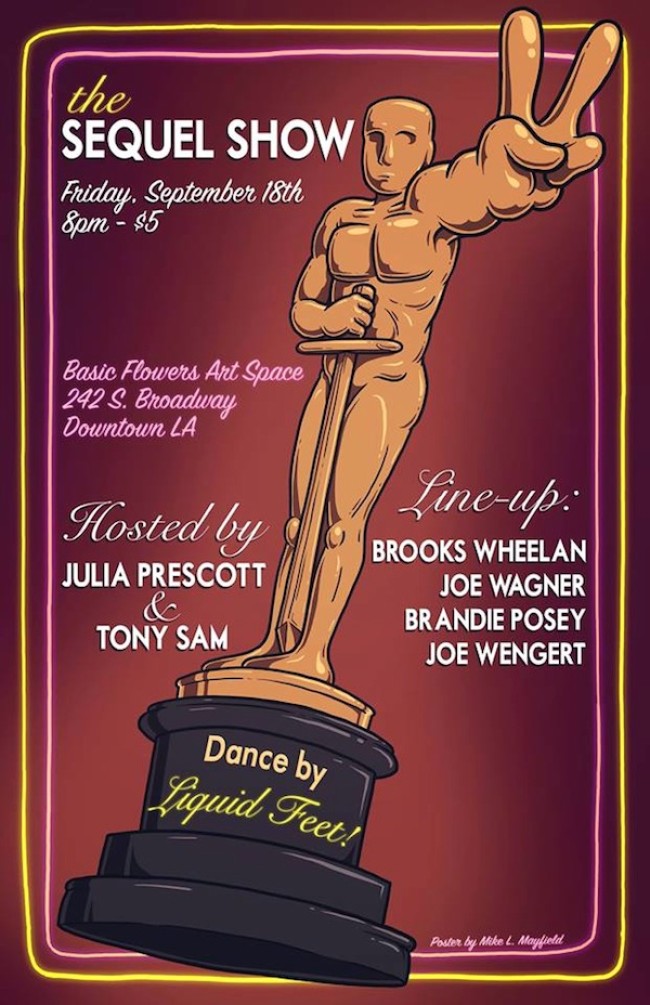 You always hear that there’s not enough originality in film these days. Every sequel is a tragic repetition of it’s predecessor. Well, it’s time to break that pattern. It turns out there’s a new mantra to hail from the mountain top. “The best movie sequels are the ones pitched by comics,” who knew? Come to the Pitchies AKA Part Two: The Sequel Show September 18th at Basic Flowers to watch your favorite comedians perform the sequels to classic cinematic productions. Your hosts Tony Sam and Julia Prescott will be presenting these great thinkers of our time:

Those amazing folks I just listed above will select their favorite movie and present a pitch that will have you rolling down he aisles. The audience votes on who receives the prized title of “Best Pitch.” Kids, this is an awards show like no other! Let’s get classy and laugh hard at the sequels you deserve.