Quick Dish: Laugh Like There’s No Tomorrow MONDAY 9.7 at AN SHO(w) 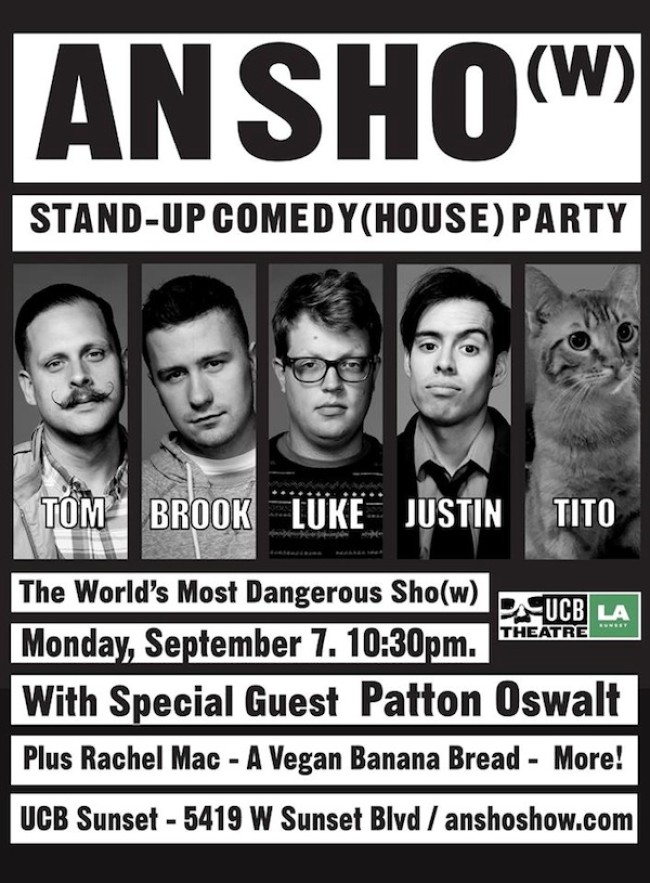 The AN SHO(w) comedy house party will be heating up Labor Day weekend like that red hot orb in the sky this Monday, September 7th. Head on over to UCB Sunset to see your hosts Justin Cousson, Luke Wienecke, Tom Slovinski and Brook Banks feature their favorite stand-up comics in addition to performing their own comedic feats and dares. Also, there’s baked goods involved! Did we mention the man of honor is PATTON OSWALT?!!!! And he’s not even the SECRET SPECIAL GUEST! Be there, kids.