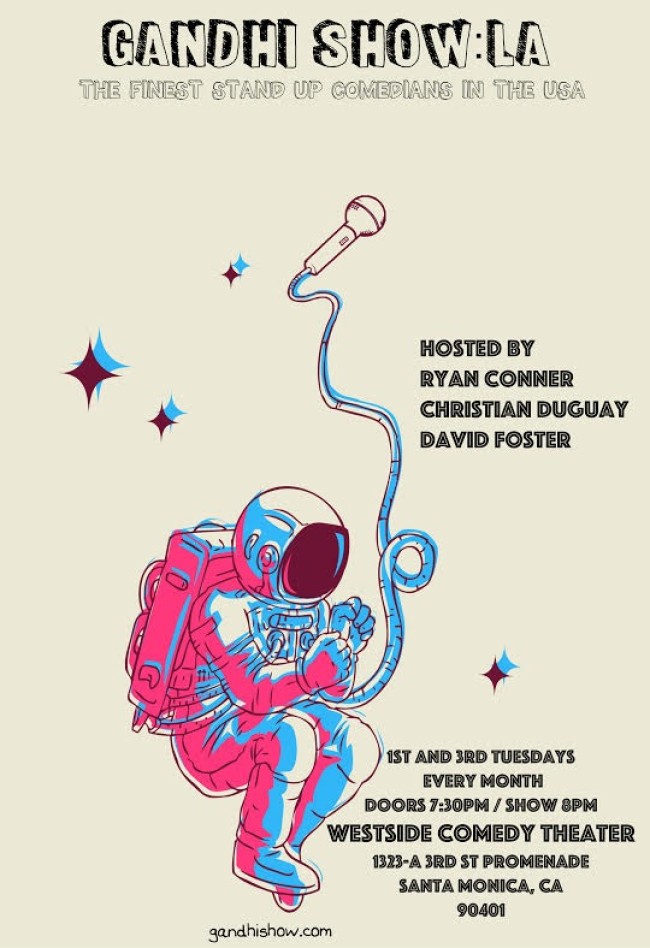 Gandhi Is That You? is already a staple in NYC so let’s make it so in LA LA land. See the popular stand-up comedy bar show at Westside Comedy TONIGHT, September 15th hosted by Christian Duguay, David Foster, and Ryan Conner (featured on this season of NBC’s “Last Comic Standing”). Tonight’s lineup includes:

Mentions: Doors 7:45pm, Show 8:00pm. Purchase Tickets in Advance. M.i.’s Westside Comedy Theater is located at 1323-A (the “A” stands for alley) Third Street Promenade, Santa Monica. The easiest place to park is in Parking Garage #3 (Structure Three, whose entrance is on 4th Street just north of Santa Monica Blvd across from Chase Bank.) It’s free for the first 90 minutes and only $1 for the first hour after that. Gandhi Show LA happens the first and third Tuesday of every month at M.i.’s Westside Comedy Theater.