Video Licks: ‘The Tonight Show’ Brings The 90s Back With A “Good Burger” Sketch 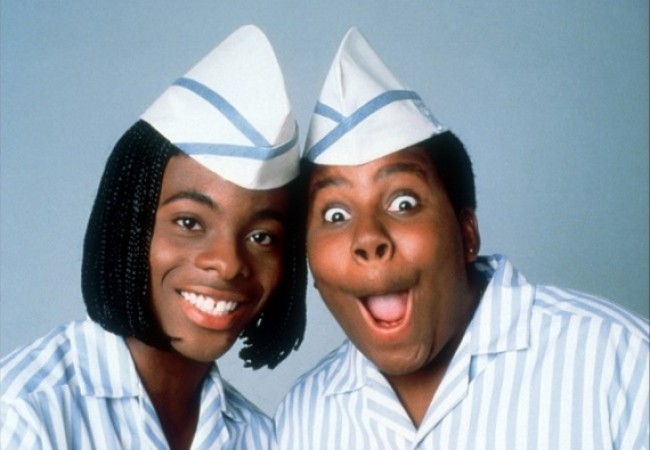 “Aw, here it goes!” It happened. Jimmy Fallon brought together Kenan Thompson and Kel Mitchell for the ultimate reunion. It’s been quite a while since we’ve seen Thompson (SNL) and Mitchell (Wild Grinders) acting together. In the 90’s, the two had starred in the Nickelodeon sketch-comedy series All That, the Good Burger movie, as well as their own series Kenan & Kel. Thanks to The Tonight Show’s nostalgic host, we were treated to a classic Good Burger sketch that brought all the memories back. Mitchell reprised his character, Ed the cashier, Thompson played construction worker Lester Oaks (who really does hate being squeezed), and even announcer Steve Higgins and The Roots’ Black Thought got in the fun. Enjoy!

Mentions: Watch The Tonight Show with Jimmy Fallon weeknights 11:35/10:35c on NBC. Image via [The Atlantic].