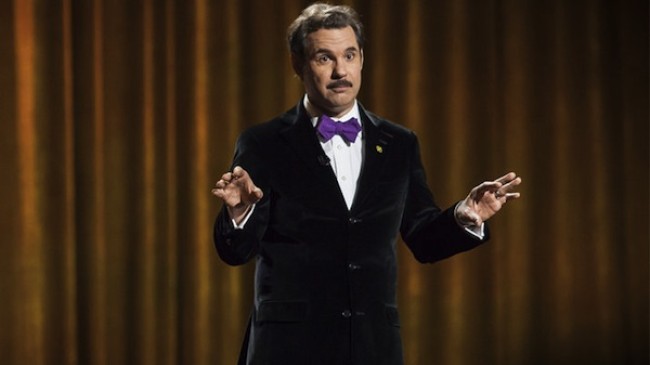 It’s time to squeal, holler, and grunt for the premiere of Paul F. Tompkins’ (Mr. Show, Best Week Ever, CBB, @midnight) Crying and Driving special on Comedy Central. Saturday, October 10 the man in possession of sartorial elegance and comedic prowess offers us a generous helping of humorous tales and shenanigans. The special was filmed at The Palace Theatre in Loz Angeeleez and touches upon memorable moments in Tompkins’ life like scream weeping, terror-stricken dish washing, and an evening at The Magic Castle. Because you just can’t stop jumping up and down in place, Comedy Central Stand-Up will offer preview clips of the special leading up to the premiere. Fans can also get in on the buzz using the hashtag #CryDrivePFT on that Twittery thing. We can’t wait for this gem to drop!

Mentions: See Crying and Driving Sat, Oct 10 at 11:00 p.m. ET/PT on Comedy Central. While you set your DVRs check out PFT’s other projects like No, You Shut Up on Fusion, his Earwolf podcast SPONTANEATION, and BoJack Horseman (where he plays Mr. Peanutbutter).