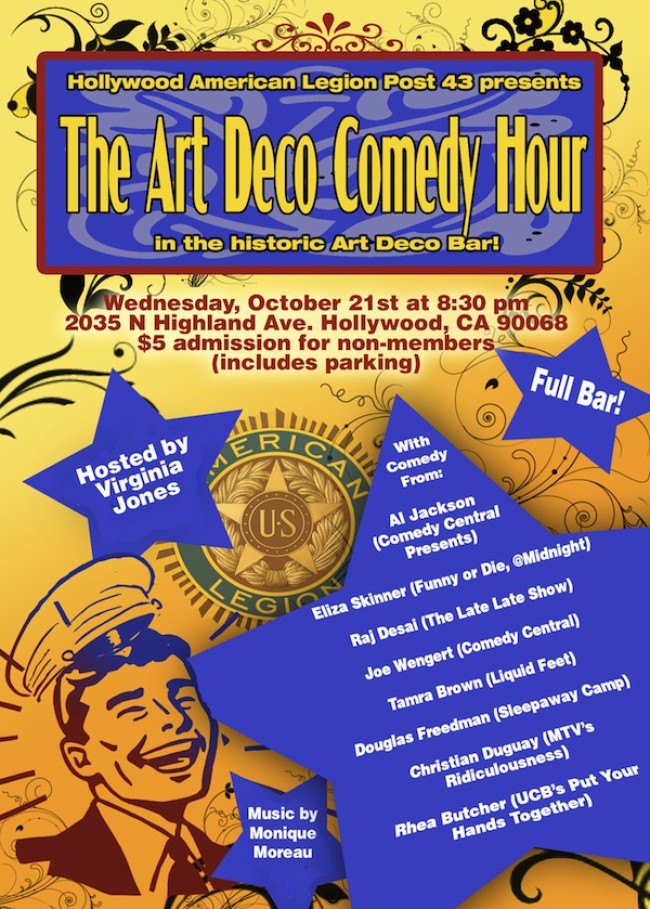 Are you a film buff or history enthusiast who loves comedy? Do you just enjoy a good laugh? Well, head on over to the ART DECO COMEDY HOUR this Wednesday, October 21st. Hang out at the amazing art deco bar of the Hollywood American Legion Post 43 as you take in high quality amusement. The bar has been seen in such classic films as “The Shining” and JJ Abram’s “Star Trek” and this week YOU can create your own memories while you enjoy these hilarious entertainers:

with musical accompaniment by
Monique Moreau