Video Licks: THE GROSSMALERMAN SHOW Paints A Dark and Hilarious Portrait of The Art World 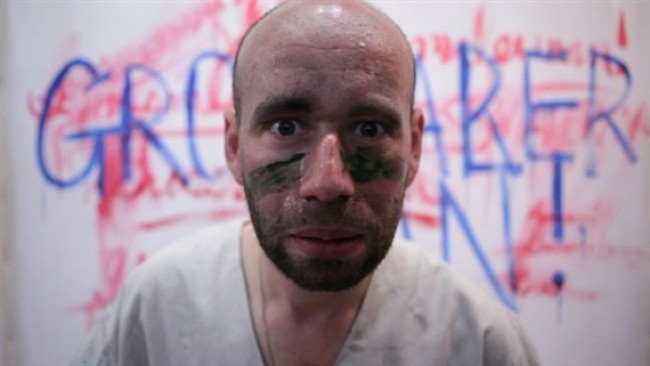 It’s always fun when two art forms can co-mingle. This time the art world joins the comedy scene to bring you a brand new series titled THE GROSSMALERMAN SHOW. What started off as a Kickstarter campaign has become an honest to goodness sitcom about a terrible artist who is also a horrible dad. Take a look inside the creative mind of real artist/writer Guy Richards Smit who presents another side of himself as a once lauded painter who’s hit an unfortunate career slump. Our protagonist Jonathan Grossmalerman is offered an exhibition at the gallery of his dreams, however the only way he can show is if the explicit works that made him famous don’t make an appearance. If that crisis wasn’t hairy enough, Grossmalerman must deal with his estranged eleven year old daughter who just moved in, a haunted painting in his abode, and a mathematically-challenged studio assistant who’s blunder sets off an insane series of wild events. Smit is joined by an amazing cast including Jibz Cameron (Dynasty Handbag), Jenn Harris (Silence! The Musical), Neal Medlyn (Champagne Jerry), Ana Matronic (Scissor Sisters), Carmine Covelli (the Julie Ruin), Vinny Lopez (Two JasperJohns) and Sadie Parker. It also doesn’t hurt that that Smit teamed up with artist/producer/director/video maker Joshua White who has lent his skills to some notable works like Seinfeld, The Jerry Lewis Telethon, The Max Headroom Show, Club MTV, The New Mickey Mouse Club, and Inside The Actors Studio. If you thought YOU watching Shia Le Beouf watch himself in all his movies was weird (and curiously hypnotic), then The Grossmalerman Show is for you! (WARNING: Adult stuff)

Mentions: Watch full episodes of The Grossmalerman Show as they are released HERE every Wednesday 2 PM EST. Trivia moment: each episode of the series was shot with multiple cameras in front of a live studio audience at the Boiler art gallery in Brooklyn. Gallery goers could view the changing stage over the course of the exhibition. ART!