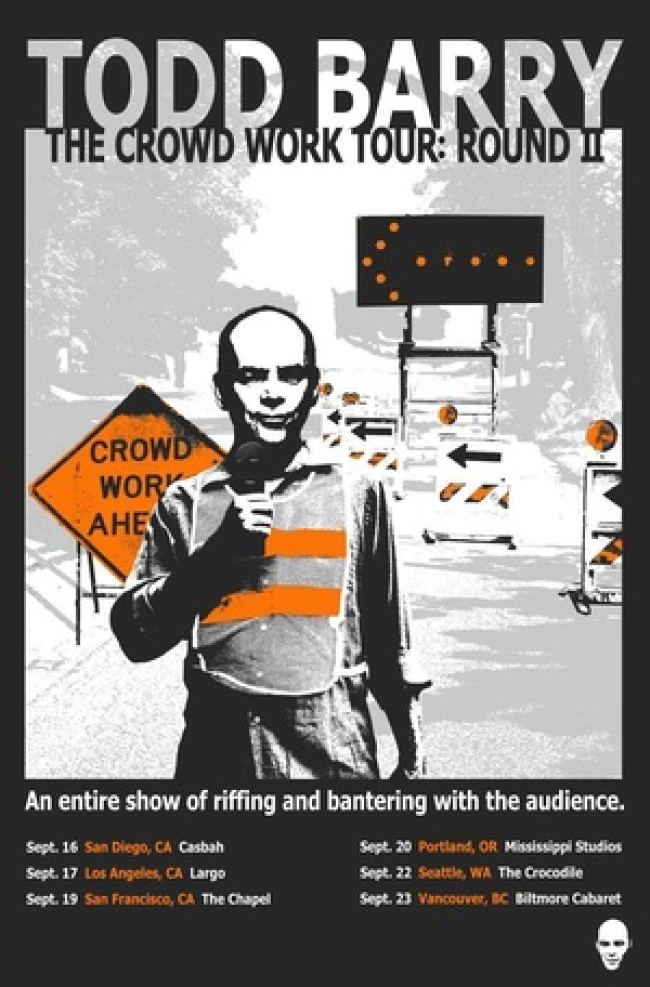 You might recognize Todd Barry from his work on “Flight of the Conchords” as the bongo-playing Todd. Well, this comedian’s stand-up skills are equally as impressive. Todd Barry is back on tour with Crowd Work Tour II. In early 2013, Todd performed entire shows just riffing and interacting with the audience. It was such a successful effort he’s decided to do it again. He will be in Los Angeles one night at the Largo theatre. From there he moves on to SF. Don’t be shy and get your tickets now! In the meantime enjoy some clips of Todd at work.