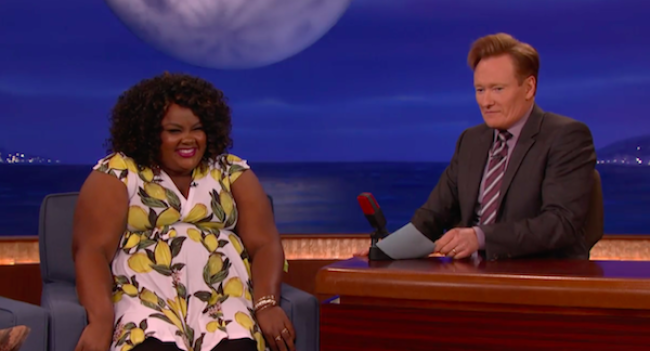 This gal cannot get enough of actress/comedian Nicole Byer (Party Over Here, Girl Code, Ladylike) these days. We’re head over heels in crush with her new MTV series Loosely Exactly Nicole, a “loosely” fictionalized tale of Nicole’s life as an actress in LA. We learned a lot more about Nicole last night on CONAN where she talked about her very “cheeky” tattoos. Let’s just say, getting to know Nicole more intimately will have visitors hungry for more. You’ll see what I mean. Watch!