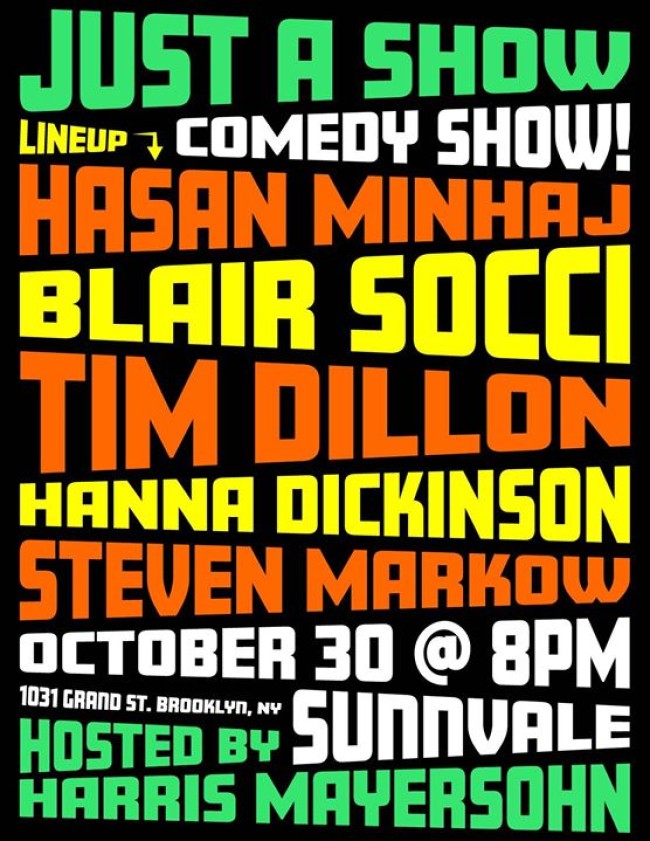 Just A Show returns to Brooklyn’s Sunnyvale performance space with a comically ghoulish edition Halloween weekend. Sunday, October 30th be part of the amusing mischief with these spooktacular comics: