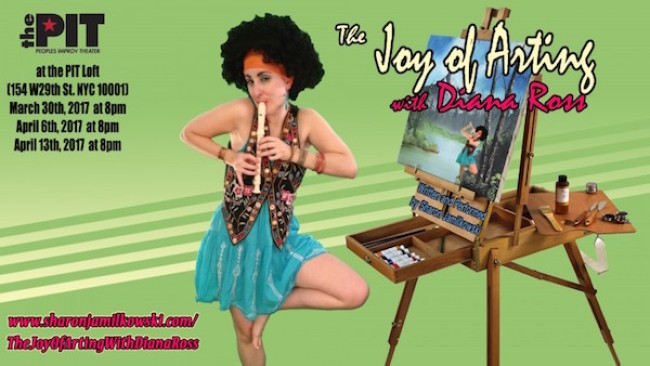 Who doesn’t love Bob Ross? You know, the military sergeant turned permed afro wearing artist from the 80s/90s that calmed you with his soothing voice and serene landscapes on canvas. OK, you might not have been around then, but you’ve surely enjoyed the Internet celebrity he attained long after his PBS run. Well, did you know Ross had a daughter? Did you know her name is Diana, DIANA ROSS?! Lucky for you, Ms. Ross followed in her father’s footsteps to enjoy a successful career in the arts. Thursday, March 30th at the PIT Loft you will enjoy the debut retirement/retrospective art show from the younger Ross featuring an array of music, art, and comedy. Art may have been her career, but what’s her true passion? Find out at The Joy of Arting with Diana Ross! More show dates below!