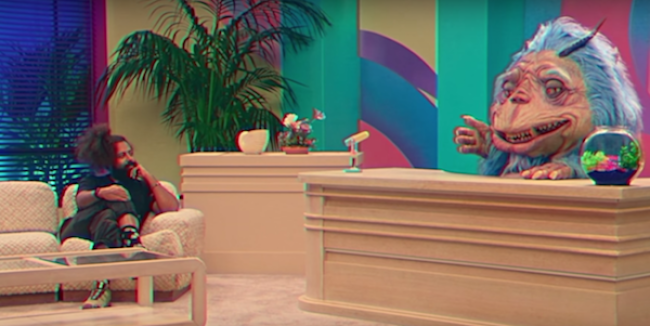 Crossing my fingers you caught the premiere of T.J. Miller’s THE GORBURGER SHOW yesterday on Comedy Central. The intergalactic late night talk show features an enormous blue extra-terrestrial (voiced by Miller, Silicon Valley) who, after taking over a Japanese television variety show, makes their studio his home. The E.T. host tries his best to understand what it means to be human by featuring some of the hottest celebs, musical guests, games and other alien nonsense. In this clip we find Reggie Watts (Late Late Show) trying to emulate the sounds of Cessna 310R.