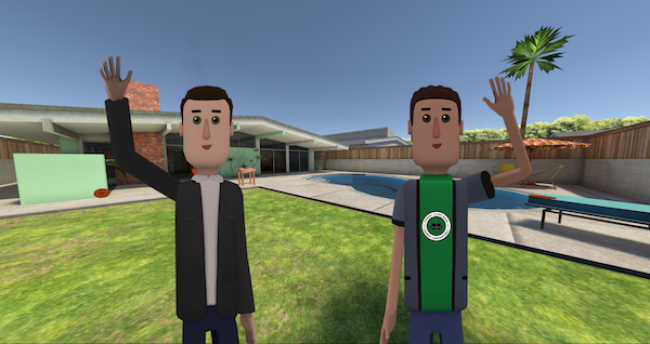 We recently told you about a comedy collaboration between Comedy Living Room and JASH + AltspaceVR. Casual comedy becomes fully immersive in this groundbreaking CLR Live in VR event. THURSDAY, April 27th @ 5pm PST/8pm EST your CLR hosts Virtual Matt Lottman and Frank Chad Muniz will throwing their first ever VR house party. From your very own living space you can strap on a VR headset and have the comedy come to you. The lineup is, per usual, stupendous:

Plenty of elbow space and none of that staring in the living room window here. Mark your calendar for this epic comedy show. It’s like Tron for comedy! VR, baby! 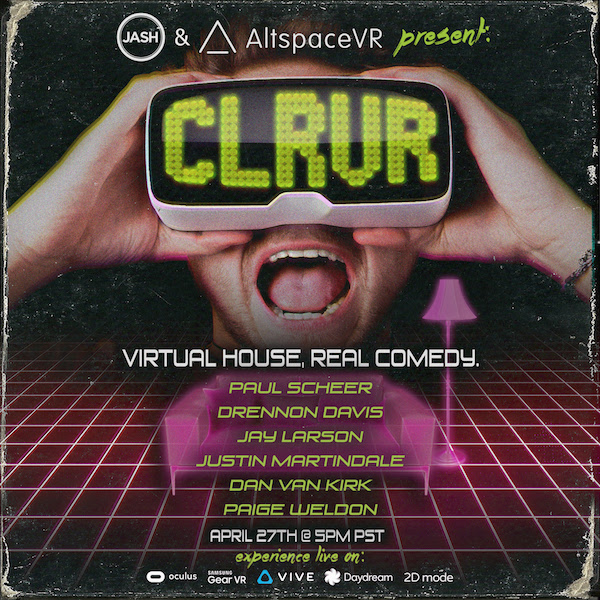 Mentions: Show 5pm. Just create an AltspaceVR account and follow the JASH page to join in on the fun. CLRVR AFTER PARTY with DJ MARK CHILL after the show!